Identifying Flaws And Faults In Wine

Whether at home or at a restaurant, analyzing wine is a fairly straightforward process. And when you stick your nose in a glass of wine, you’ll typically encounter pleasant aromas like fruits, flowers, and spices. Sometimes, though, a wine will seem off.

One unfortunate truth about wine is that a decent percentage is flawed — somehow spoiled along the way to your table. Flawed wines should be poured down the drain or returned to your server. Wine should be delicious — and life is too short to drink bad wine.

Recognizing common wine flaws is at least as important as memorizing grape names and tasting descriptors. So here’s a quick primer on some common faults.

Cork Taint. Wines bottled under natural cork are vulnerable to damage from a fungus that feeds on the cork. This fungus produces a compound called “2,4,6-trichloroanisole,” or TCA. If the wine is affected by TCA, it’s “corked,” and the fruit will be masked by aromas reminiscent of wet cardboard or a damp basement. While TCA won’t make you sick, it’s not a pleasant odor.

Fortunately, corked wines are becoming less common. As recently as 2005, according to study by Wine Spectator, about one in 15 bottles was affected by TCA. But technological advances in the cork industry — combined with the increasing popularity of screw caps and artificial corks — have dramatically reduced incidence levels.

Heat Damage. Wine is perishable. And if it’s exposed to high temperatures — an all-too-common occurrence in the summertime — it may be “cooked.”

When you open a bottle of wine, check the cork to see if it’s streaked or drenched with wine. If it is, the wine might be heat-damaged, as heat causes wine to expand and push against the cork. But you’ll need to smell the wine to make sure, as it could also mean that the bottle was simply overfilled.

If the wine has been exposed to high temperatures, it will seem flat, with muted aromas and minimal flavor. Unfortunately, it’s extremely difficult to determine if a bottle has mild to moderate heat damage. But a completely cooked bottle is hard to miss.

Oxidation. When you open a bottle of wine, also check to see if the cork is crumbly. If the wine is relatively young, this could be a sign of improper storage or a faulty cork and the wine could be oxidized. Wine exposed to a significant amount of oxygen loses its freshness, and will give off aromas of caramel, candied almonds, and dried fruits. It may be reminiscent of Sherry and Madeira, as the production of those wines relies on oxygen. The color can also be a giveaway — white wine will appear more golden than you expect; red wine may take on a brown tinge.

Barnyard Funk. Ever encountered aromas of manure, sweat, wet dog, or Band-Aids in your wine? Those smells typically signal the presence of brettanomyces, a spoilage yeast typically called “brett.”

At low levels, the flavors imparted by brett can be enjoyable — in fact, they’re often desirable in wines from the Rhône Valley and Burgundy. But brett yeasts can’t be controlled. As wine blogger Joe Roberts once explained, “whether or not the wine has pleasant smoked meat characteristics or instead smells like one of my daughter’s diaper blow-outs is almost entirely dictated by chance.”

If you think your wine might be flawed and you’re at a restaurant, give your glass to the server and solicit her opinion. If she’s familiar with the wine, she’ll be able to let you know if something is off. And if she’s not familiar with it, she’ll probably trust your judgment or have someone with more expertise come to the table. If you’re at home, just trust your nose.

David White, a wine writer, is the founder and editor of Terroirist.com. His columns are housed at Palate Press: The Online Wine Magazine (PalatePress.com). 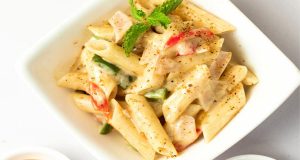 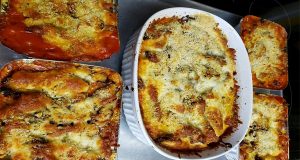 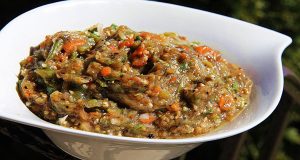 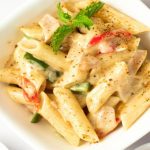 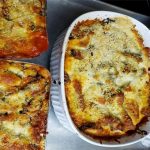 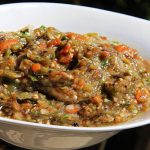 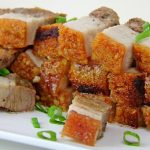 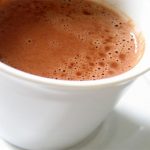 Chef Selwyn’s Cooking Tip: How To Make A Rich And Delicious Cup Of Hot Chocolate 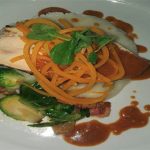