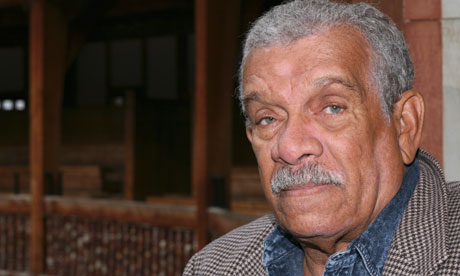 A spokesman for Walcott said, the opening will be held alongside the 16th triennial conference of the Association for Commonwealth Literature and Language (ACLALS).

The conference will attract more than 350 delegates from the world of academia and related fields such as publishing, printing and research. Previous ACLSALS conferences have been held in Vancouver and Cyprus.

This year St. Lucia was chosen from a list of possible host countries because of an established track record in hosting such events and because it is the home country of Walcott.

Walcott agreed to the staging of “O Starry Starry Night” here to mark the event. The play which originally opened at the University of Essex in England in May, re-enacts the meeting of artists Vincent Van Gogh and Paul Gaugin who spent time together in Arles, France in the late 1800’s.

The cast includes Wendell Manwarren, Brian Green and Nigel Scott — all of whom have long-standing professional relationships with Walcott and his work. All three have agreed to appear in the St. Lucia production now confirmed for August 8, 9, and 10, 2013.  UK-based actress Martina Laird is also a cast member.