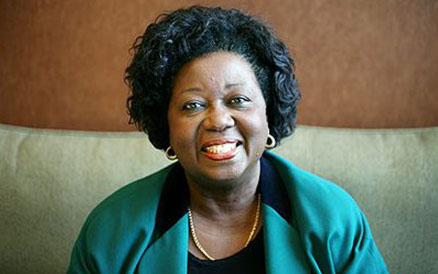 The Ontario Human Rights Commission’s (OHRC) new policy on removing the “Canadian experience” barrier has won the support of the Ontario’s Fairness Commissioner and the executive director of the Ontario Council of Agencies Serving Immigrants (OCASI).

The OHRC found that many newcomers turn to unpaid work such as volunteering, internships or low-skilled “survival jobs” to meet the requirement for Canadian experience.

The new policy sets out the OHRC’s position that a strict requirement for “Canadian experience” is discriminatory, and can only be used in rare circumstances. The launch was held at the KPMG Conference Centre in Toronto on July 15 in partnership with KPMG.

The commission says employers and regulatory bodies need to ask about all of a job applicant’s previous work – where they got their experience does not matter.

The policy also tells employers and regulatory bodies how to develop practices, policies and programs that do not result in discrimination.

Jean Augustine, Ontario’s Fairness Commissioner, is pleased with the policy, which she said is clearly stated out.

In January 2013, Augustine released a 75-page report, A Fair Way to Go: Access to Ontario’s Regulated Professions and the Need to Embrace Newcomers in the Global Economy, which cited the Canadian experience requirement as a barrier to new immigrants.

She said back in the 1960s she was hearing about “fit and we were hearing about so many things that speak to Canadian experience and that was on concern to us.”

In 2007, the Office of Fairness Commissioner asked 38 regulators for their requirements and found that that 26 of them had this Canadian experience requirement.

Augustine said some had Canadian experience plus Ontario experience and were probed about the relevance of asking for that requirement.

“This is one of the things that the commission has been working on – show us why its relevant to have Canadian experience, show us why it’s necessary. The only argument that sometimes I buy into is the one by the structural engineers for individuals who’ve never built under the frost line.

She said, for example, a structural engineer coming from Jamaica would not have worked with material that have to stand in sub-zero temperatures.

“This policy today will help me and others to push the whole idea it’s now policy in this province and it comes under human rights. So, can you look at the removal of this and hopefully they’ll see the removal of this from some of the bodies that are fudging around relevancy and necessity,” she said.

Debbie Douglas, executive director, Ontario Council of Agencies Serving Immigrants (OCASI), said to have such a policy is ground breaking.

She said when this conversation first started coming up around Canadian experience it was really within the Black Caribbean community and the community was very clear that it was a proxy for race and that it was racism by any other name.

Douglas said there was enough pushback in the late 1970s and early 80s, and employers became far more subtle. “So that you weren’t seeing it showing up in ads until about the early 1990s as immigration from the global south – Asia, Africa, Latin America – started to increase, we started to see Canadian experience showing up as a legitimate requirement. In fact, government responded to it. Our immigration point system responded to it by downgrading, by decreasing the number of points that was given for international experience because the sense was that employers were not recognizing it,” Douglas said.

She said as opposed to the government responding in terms of wanting to put policies in place so that employers wouldn’t discriminate using Canadian experience, in fact the government bought right into that.

The executive director said that having policy allows those who do advocacy work to be able to say to employers this is no longer acceptable. “That the onus will be on you to prove why this is a requirement and that you will be held to account,” she said.

Douglas said that unfortunately the human rights and social rights policies in Canada tend to be complaints driven but even with that hoop that folks have to jump through, “I think having this policy goes a long way to putting employers on notice and to putting this as a social policy issue on the table – that we see through it that you cannot continue to use Canadian experience as a way of not hiring folks who don’t look like you and so aren’t a fit within the organization.”

Paul Thompson, a Jamaican Canadian, agrees with this move by the OHRC. “When new immigrants come to Canada there is no way that they would have gained Canadian experience from their country of origin. They come though, with related experience in the profession and transferable skills,” he said.

The OHRC will also hold a community-based event on this new policy on July 29 at the Learning Enrichment Foundation in Toronto.