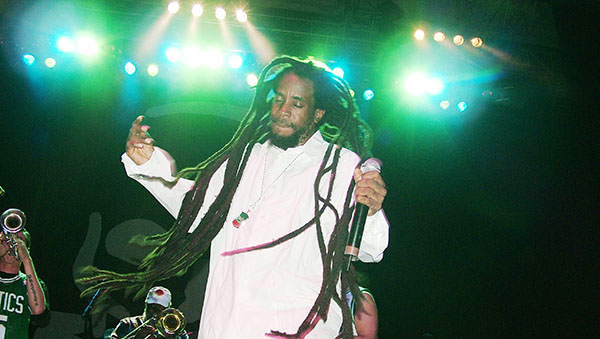 The TD IRIE Music Festival is a family-friendly celebration of the best in reggae, Soca, Salsa and Soul. With capacity crowds in Mississauga and Oshawa earlier this month, and crowd-pleasing surprise performances by Demarco and Kardinal Offishall, the music festival is being promoted as “the go-to family destination, this Simcoe Day Long Weekend at the newly renovated Nathan Phillips Square Stage”.

Half Pint just signed a major deal with Universal for his immense back catalogue, which includes his Number 1 hits, Winsome, covered by the Rolling Stones as Too Rude and Loving, covered by Sublime. Irie Music Festival will be presenting Half Pint with a ‘Special Achievement Award’ for his contributions to Reggae music, internationally.

Just in time for the Toronto festival weekend, the organizer of the TD IRIE Music Festival has launched the Irie Music Festival App, developed by festival sponsors TheAppLabb. The IRIE Mobile App is available for iPhone and Android devices, and can be downloaded from irie.theapplabb.com.

“We are very pleased to have entered into this partnership with TheAppLabb. They have a great team and together we hope to continue using this mobile app to make the IRIE Fest community easily connected with information at their fingertips,” enthused Irie Music Festival, Co-Founder Phil Vassell.

“I am extremely excited about this partnership and the possibilities are endless. Through the App we are certain to enrich the experience of thousands of attendees of this growing festival and create a strong and engaged IRIE community, said Kundan Joshi, CEO of TheAppLabb.”

The IRIE Music Festival runs from Friday, August 2 to Monday, August 5 at Nathan Phillips Square and admission is free.