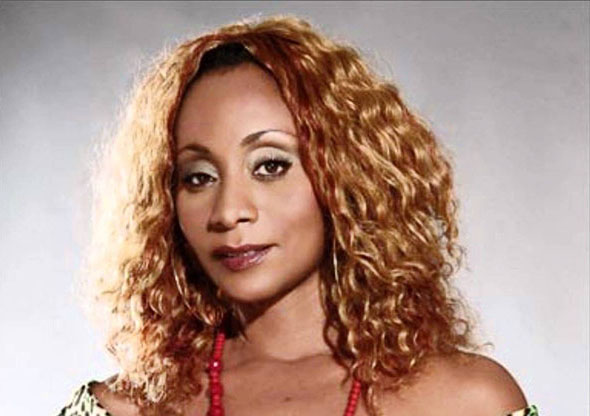 TORONTO, ON – Island vibes will grace Markham like never before, adding to that city’s diverse cultural offerings. Carnival festivities will have ended and Jamaican Independence Day celebrations will be in the air when the Markham Fair Grounds comes alive with the annual JAMBANA™ One World Festival, Fun For The Family on Monday, August 5, 2013. With doors opening at 11 AM, the something for everyone event runs from 12 Noon to 9PM.

The event, which has existed in one iteration or another for over two decades, is produced by Jones & Jones Productions Ltd., is a staple in the Jamaican community in particular and the Afro Caribbean community in general. “Markham Fairgrounds has been a welcoming venue and we are delighted to be housed in this bigger, better venue”, says Jones & Jones President Denise Jones. John Peco, General Manager of Markham Fair Grounds says, “We are looking forward to a fantastic celebration of diverse culture and look forward to many years of festivities here in Markham.”

Having grown from strength to strength, since its inception in 1987 when it was called Reggae On Yah, the festival, returning from hiatus, assumed the name JAMBANA™ in 2007 when it saw 500 people in attendance. Now with patrons totalling more than 25,000, it creates an atmosphere of entertainment and education craved my many in the community. Marketed throughout key Caribbean communities across the United States, via social-media, the event promises to be an experience worth having.

A “cacophony of rhythms” is promised to those in attendance, with entertainment being a “significant centerpiece” of the experience. In speaking with Jones, she notes that, “Jamaicans have been a significant contributor to all genres of music.” To that end, entertainers will include: Reggae Artist and Grammy Nominee, Yellowman; Bob Marley protégé, Nadine Sutherland – of “Action, not a bag ah mout’” fame; Byron Lee’s Dragonaires with everything from Ska to Soca; Pat Kelly – Classic; and the Caribbean King of Comedy, Oliver Samuels will serve as the main emcee.

In keeping with the theme of multiculturalism, JAMBANA™ will purposefully integrate elements outside of Jamaican culture and music. “Many of our Diasporic celebrations are really from the mother land,” says Jones. “There are more similarities between us than differences,” she continued. With “Edutainment from the Continent to the diaspora,” Bahamian Junkanoo Legends will thrill and create shrills. A star studded artist line-up will feature JUNO nominees Melanie Durrant and Ammoye, sharing the stage with Canada’s hardest working reggae band, Mountain Edge and the phenomenal Steele.

It would be a mistake to think that there won’t truly be “something for everyone.” While Nkrumah shares roots and culture, Eysus treats with dancehall style, Carnival Spice and Dance Caribe will both tantalize the senses. Canadian reggae sensation Chester Miller, will honour the late great crown prince of reggae, Dennis Emmanuel Brown, with a tribute that will leave fans fully satisfied.

Rounding out the musical genre is gospel, which will include anointed gospel artist Donnette Thompson-Hall.

“Action packed from start to finish, JAMBANA™ One World Festival is a one of a kind summer experience in Ontario,” says Executive Producer Denise Jones. Emphasizing that the event will start on time, she noted that shuttle service will be provided from Markville Mall to the Markham Fair Grounds from 10:30am-11:00pm.

Jones says a village theme will allow the entire family to enjoy a day of summer fun.  Domino Village with the “Lick A Six” Domino Tournament is a live action knock out competition from 2-7PM. With a small entry fee of $10 the winning team will win a trip to Jamaica. In the Children’s Village, major sponsor Global Toronto engages children with face painting, and exciting rides for children, while the Pan Am Games offer interactive games all day. Moms and Dads can keep an eye on the kids and stay connected to the excitement on stage.

In the Food Village all the flavours and the sensations of Jamaica and the Caribbean will merge to offer a variety of food from Jerk Chicken to Curried Goat. There will also be roasted and boiled corn, manish water and roasted yams, ackee and salt fish, roti, and an array of desserts from rum and coconut cakes to sweet potato pudding. Vegetarian, Vegan, Indian and Chinese food will also taunt the taste buds. Additionally, an array of healthy juices, water, coconut water and icy snow cones will cool summer thirsts.

In the all-inclusive V.I.P Village guests will receive a complimentary soft drink and a delicious Jamaican meal. VIP’s will have premiere seating close to the stage and receive an exclusive swag bag with goodies from Appleton, HTB, Grace Kennedy, and Western Union. Price is $30 – Regular; $15 – Age 12 and under.

The festival is set to season the summer with its aromatic flavours, adding a well-known and beloved ingredient to the popular stew that is Canadian culture. “The annual JAMBANA™ One World Festival, Fun For The Family,” that is the tagline, that is the promise, that is the history, that is the expectation.

Deejays for the day will be Rosa, of Soul To Soul along with Nelson, of Reggaemania and D’Enforcas, of Soak In The Soca, both from CHIN 100.7 FM. Sharing emcee duties with Oliver Samuels are Canadian comedian Jay Martin, Luther Brown of CHRY 105.5 FM and also Delroy G and Allan Jones of G 98.7 FM. Get ready Markham!