New in Pride
Home / Business & Money / ASK YOUR ACCOUNTANT: Because what you don’t know might cost you…. 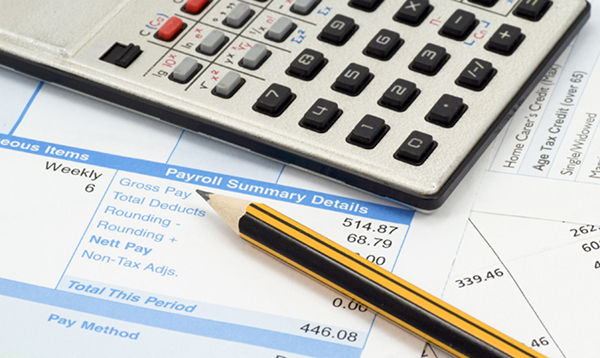 ASK YOUR ACCOUNTANT: Because what you don’t know might cost you….

Is It Your Hobby Or Is It A Business?
By Celia A. Meikle CPA, CA
Pride Business/Financial Columnist

John and his wife walked into our office with all the paperwork to file their personal income taxes as salaried employees. After I completed their tax returns, we settled in for a quick chat, during which John mentioned that his interests outside of work included recording music and writing a book.  One of the other Partners in the firm joined in our lively conversation, and started asking John some probing questions. These questions included:

a)      Did John intend to make money from the recorded music and the book, or were these personal pursuits (in other words, hobbies)?

b)      If the intention was to make profit, what evidence of businesslike behaviour existed to support this?

Based on the John’s answers, we felt confident that John had every intention to make a profit from writing the book, as evidenced by his book tours, as well as the fact that John was in the process of firing the existing publisher, since he was not satisfied with the level of income and book sales generated to date.

On the other hand, we felt that John’s music recordings activities were more of a personal pursuit, as there was no evidence of businesslike behaviour to support obtaining income from the music recordings, let alone, a profit.

So what does this mean for John?

The fact that John intended to make a profit from one of his “outside interests” means:

a)      He is considered to be undertaking a business activity, and therefore John and his spouse may now file their income tax returns on June 15, rather than the dreaded April 30;

b)      He is able to deduct all the business expenses that he incurred while pursuing this activity, for example, book tour expenses, advertising, accounting fees to prepare his tax returns, home office expenses etc.  As a salaried employee, John would not be eligible to deduct these expenses;

c)       John could adjust his income tax returns for up to 10 years prior, if it was deemed that his business activities were in existence in previous tax years, but were excluded from those tax returns; and

d)      If there is a business loss from the writing and sale of his books, John will be able to write this off against the income he reported on his T4. However, if there is a profit, he will pay taxes on that profit.

You may wonder, as we did, why John didn’t include this business activity in his income tax returns, especially since in his case, significant losses were incurred which could have offset his T4 income? The simple answer is that he just didn’t know he could do this now, since he was waiting until the business ‘really took off’.

How could not reporting the pursuit of this activity cost John?

If the Canada Revenue Agency (CRA) discovered that John was involved in an unreported business activity, and if he did not have proper documentation to support the income and expenses from the activity, the following could occur:

a)      CRA may attribute all deposits to his bank account, except his salary, to the sale of his books, and disallow any unsupported expenses. John would be taxed on the difference between the deposits and any allowed expenses;

b)      If John’s bank account shows no deposits, other than his salary, CRA could use their own method to determine what would be a reasonable income from this activity. Note that in a surprise pilot project in 2010, CRA audited the tips of 145 servers in St. Catherines, Ontario, and where actual tips information was unavailable, CRA used their own method to determine the tips paid to each waiter/waitress. This resulted in a CRA assessment of $1.7 million in unreported income, or an average of $12,000 per person; and

c)       CRA could also assess interest and penalties for the unreported income and unpaid taxes.

Even if CRA never discovered John’s business activity, he would have given up the possibility of significant deductions against his T4 income.

What did John do?

Luckily, we had not yet e-filed John’s tax return, and since he was no longer bound by the April 30 filing date, we asked him to submit to us, all the documents he had to support the income and expenses for the writing and sale of his book.

We updated John’s 2012 income tax return to include business losses of $3,000 which were written off against his T4 income, resulting in an increase of $750 to his already good tax refund.

Note: names changed and situation slightly altered to protect the privacy of individuals