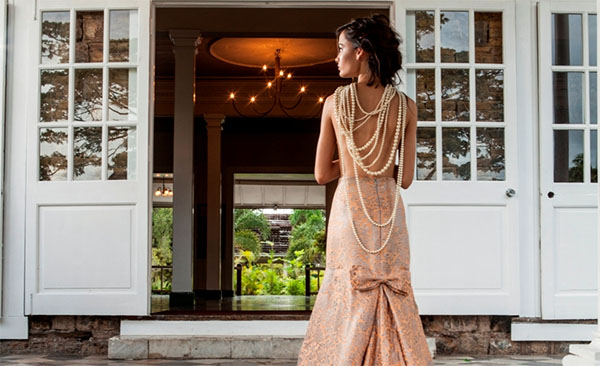 Style and fashion have always been synonymous with the twin island republic of Trinidad and Tobago. Those refreshingly distinct styles are the fashion signature of Joan Pierre, who first brought Cuttin’ Style to Toronto in 2008, followed by another in 2009. Pierre, a renowned Event Planner and Coordinator who is synonymous with top quality events, placed the event on hiatus and has now returned it with traditional flair.

The Trinidad and Tobago Heritage Group (TTHG) has partnered with Pierre to provide a platform for exposing Caribbean talent “in the hopes that international markets will respond with their support in sales.” Gloria Small-Clarke, Vice-Chair of TTHG describes Cuttin’ Style as “an appropriate celebration of Trinidad and Tobago’s 51st Independence and the best in creativity and ingenuity that the twin island nation has to offer.”

Pierre, a Trinidadian native herself who has been wearing these designs for 25 years says she is, “always in awe of how great their work is; in awe of the creativity, their use of fabric and the designs of the clothes.” The event will feature internationally acclaimed designers Delia Alleyne (Tobago), Zadd & Eastman (Trinidad), Robert Young, The Cloth (Trinidad), Cassie Daniel, Yesa Designs (Tobago), Cherith Burke (Toronto) and Claudia Pegus (Trinidad).

Set for The Delta Hotel, in Scarborough on Saturday, August 24, 2013, cocktails will be served at 6:00 pm and at 7:00pm the dinner and fashion show will transport those in attendance to elegance, style and high fashion.

Pierre describes the event as, “the finest expression of Caribbean elegance.” New to the event this year, as major contributing sponsors, are the Ministry of Trade, Industry and Investment of Trinidad and Tobago and the Ministry of Community Development and Culture, Tobago House of Assembly, Tobago. Tobagonian jewellery designer Dianne Dennis will accentuate outfits with her unique bone pieces.

Creative director is veteran fashionista Richard Young. “He has produced fashion, beauty and arts-related events from the Bahamas in the Greater Antilles to Barbados in the Lesser Antilles to Guyana in the South Americas, with North-American stints in Miami, New York, Toronto and Montreal. He is also brother to the aforementioned designer, Robert Young,” notes Cuttin’ Style’s press release.

Small-Clarke of TTHG says, “As Trinidad and Tobagonians, our goal is to promote Trinidad and Tobago.” It is critical then, that any endeavour reflect the talent and quality of the nation. Those that know Joan Pierre and/or her events expect nothing less than an evening that will leave them in awe. She anticipates more years of fashion forward trends set to titillate the senses.

Common interests not-withstanding, both Small-Clarke and Pierre echo eerily similar sentiments. Pierre confidently says that, “If you did not attend, you will regret it.” Small-Clarke implores attendance since Cuttin’ Style, “is just not one of the shows that you can afford to miss.”