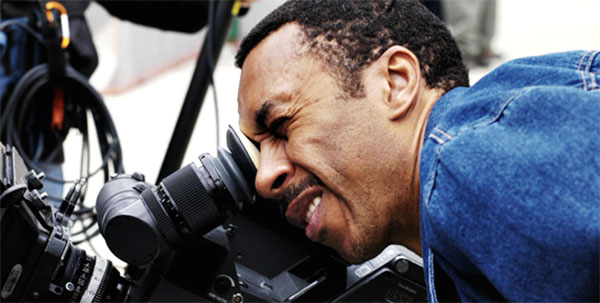 TORONTO, Ontario – They were considered the “Spartacus” of their time; except these enslaved Africans were victorious in their fight for freedom.

For more than 80 years during the 17th and 18th centuries in Jamaica, these brave warriors were able to engage and defeat the mighty British Army in some of the most inhospitable regions of the country.

Referred to as Maroons or “Cimarron,” meaning wild and untamed; this determined group of Africans refused to remain in bondage.

Although poorly armed and out-gunned, the improbable victories by these freedom fighters led to the signing of two peace treaties in 1738/1739 that established Maroon self-government in Jamaica.

Nowhere else in the New World had Africans enjoyed such a degree of autonomy, coming almost 60 years before the Haitian Revolution of 1791, and almost 100 years before slavery was abolished in the former British colonies in 1834.

This fact is not lost on Jamaica-born director, Roy T. Anderson, who brings to the big screen, the rich history of his ancestors in an award-winning documentary, “Akwantu: the Journey”.

Anderson is also the writer and producer of “Akwantu: the Journey”, his first feature-length documentary. A world record holder and an award-winning stuntman/stunt coordinator, for the past 25 years, Anderson has performed stunts for the Who’s Who of Hollywood, including Will Smith, Denzel Washington and Jamie Foxx – just to name a few.

He has more than 400 production credits to his name with appearances in blockbuster hits, such as “The Dark Knight Rises,” “Spiderman 2,” “Bourne Ultimatum” “Shaft,” and “American Gangster.” On television, he’s appeared in such top-rated TV shows as “Law & Order,” “Sopranos, “Blue Bloods,” and “Person of Interest.” While continuing his stunt work, Anderson has flipped the script to direct his first film.

Through Anderson’s lens, the film tells the story of an enduring people who possess an indomitable spirit. With towns and communities physically indistinguishable from that of their fellow Jamaicans, even today, the Maroons remain a “nation within a nation,” fiercely protective of their ancestral legacy.

Because of its historical significance, the Jamaican government selected “Akwantu: the Journey” to participate in its historic 50th Anniversary of Independence Celebrations in 2012.

The annual Slavery Remembrance Day is held on August 23 to commemorate events that gave rise to the Haitian Revolution, which started during the night of August 22 to August 23, 1791 in St. Domingue (today Haiti). This date has been designated by UNESCO as a reminder that Africans were the main agents of their own liberation.

“Akwantu: the Journey” celebrates a people who, not only resisted slavery but inspired others as well, all across the Americas during the slavery period — including the great Toussaint L’Ouverture in Haiti.

On Friday, August 23 at 7pm, Toronto will join a growing list of cities, including New York, Liverpool, and Kingston, Jamaica, that will screen “Akwantu: the Journey” in recognition of Slavery Remembrance Day.

In Toronto, Anderson, a New Jersey-based filmmaker, will be on hand to present his groundbreaking film at the Innis Town Hall Theatre, on the campus of the University of Toronto.

In addition to the showing, the program will include live entertainment and a post-screening Q & A and reception. Patrons will also be able to purchase their very own DVD copy of “Akwantu: the Journey”.

The DVD for “Akwantu: the Journey” has just been released, and can be purchased at www.amazon.com or www.createspace.com. The film is also available through digital download on Vimeo On Demand at www.vimeo.com/ondemand.  For more information about the movie, visit www.akwantuthemovie.com.