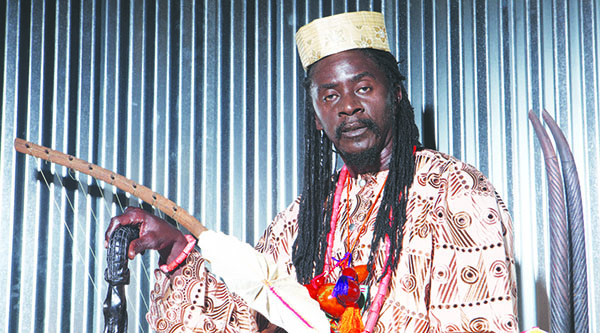 The Positive Vibes Of Rastafest

“One good thing about music: when it hits, you feel no pain.” Those immortal words of Reggae legend Robert Nesta “Bob” Marley may be considered the energy that surrounds and propels the current iteration of Rastafest.  As Canada’s largest celebration of Rastafarian heritage and culture the festival holds the responsibility of both entertaining and educating the masses. The multi-disciplined event showcases different aspects of Rastafari based upon the rich and diverse Rastafarian lifestyle and history.

Even in this age of instant knowledge availability and the proliferation of the religion that is Rastafari, many are still unsure of the culture or origins. It is important to note that though the movement is sometimes referred to as “Rastafarianism” this term is considered derogatory and offensive within the culture. Being highly critical of “isms” which many see as a typical part of “Babylon” or oppressive culture, Rastafarians dislike being labelled as an “ism” themselves. Rather than “Rastafarianism”, one should say, “Rastafari.” Though it may seem an irrelevant sensitivity to some, the moniker distinction is relevant enough to generate keen debate among the intelligentsia and literati.

The question remains though: How did an African-based spiritual ideology that arose in 1930s Jamaica become relevant in Canada? With the exodus of Jamaicans to Canada during the 1970s, a true representation of Jamaican heritage took shape. It was inevitable then, that part of that culture would include Rastafari.

Negative press during the mid to late 1970s created a desire to edify the community about Rastafarians – thus Rastafest was born. Almost 40 years later, and still under the leadership of Masani Montague, a Rastafarian herself, who spearheaded the first event in 1977, the annual event is a highlight of the Afro-Caribbean community.

Rastafest has since evolved to become a festival geared toward shedding light on the often misunderstood culture. Montague points out that while Rastafari has become multigenerational, many young people know very little of the culture. She says there are “a lot of Rasta youth who don’t know their history.” Through myriad activities, Rastafest seeks to fill that gap at all levels.

The event is partnered with the Upfront Theatre Foundation, which started in September 2000 as a student based drama club at York University. The foundation “has now grown into a service learning non-profit organization serving children, youth and women in the Jane and Finch community and surrounding areas. The mandate of Upfront Theatre Foundation is to organize and produce cultural, educational and social programs using arts and multi-media as tools to sensitize the society to the serious social problems afflicting children and youth in the community.”

Rastafest Festival Coordinator and Executive Director of Upfront Theatre Foundation, Masani Montague is a playwright, journalist and youth worker, active in the Rastafarian and Black communities. These collective connections and experiences have afforded the event an opportunity to transcend culture, becoming a staple in Toronto and welcoming tens of thousands each year.

Clearly the mandate of Upfront Theatre along with the passion and experience of Montague remain in line with Rastafest and Rastafari culture. To that end, “York Woods Public Library, with Kuumba visual art exhibition featuring works of Rastafarian artists and continues on Thursday, August 15 with Tween Fest where children and youth performers will showcase their talent in dub poetry/spoken word, African/Caribbean drum, dance, music, theatre, visual arts and martial arts.  Admission is free.  Show time:  6:00 pm – 8:30 pm.”

Rastafest will climax on Saturday, August 24 at Downsview Park, Toronto, starting with free workshops in African dance, drums, dub poetry, a youth talent show, ital food demonstration, domino tournament and Oware games at the Flex Zone from 1:00 pm to 5:00 pm. The event has always drawn major headliners, and this year is no different.

For the first time, Rastafest will have a female headliner. Hailing from Jamaica’s second largest city of Montego Bay is Queen Ifrica. Her dynamic blend of mystical music, lovers’ rock melodies and social commentaries that challenge the status quo have made an unforgettable mark on the lives of music lovers the world over. Called Fyah Mumma in some circles, she is fast becoming the new voice against injustice.

Jamaica’s Daily Gleaner reported that Jamaican Minister of National Security Peter Bunting invited Ifrica to parliament to hear his contribution regarding crime-fighting talk after criticism from her. “Action is what we really want. I have a problem with us talking a lot about what we want to do. I want to see us actually doing it,” the recording artiste told The Gleaner outside Parliament. “Having it on paper, making it fancy and talking it up is all good and well, but we need to see these actions taking place where the root of crime and violence is concerned in Jamaica,” she added.

This is the measure of Rastafest’s main headliner!

Veteran artist, Everton Blender, will also take part in serving from the musical platter. With 13 albums to his credit, it is a certainty that the Clarendon native who seamlessly couples the disconnect between dancehall and roots reggae will deliver his standard high quality performance. Reggae Review has said of Blender’s music, “Whether it’s Lovers’ Rock, Dancehall or Roots music, Everton Blender is truly a master at weaving his unique magic into every song he sings.” Every reggae musical library of worth has several tunes that are staples – anthems of the musical genre. Logic dictates that any such compilation includes the music of Blender. Rastafest patrons will be treated to this wealth of talent.

No novice to the music industry, Screwdriver is set to tighten the impressive artist listing. Active since the mid-1980s, he has steadily produced music in line with reggae culture. Screwdriver will not disappoint.

“Rastafest will be web streamed live on www.flexradio.net and www.rastafest.com from 1:00 pm to 10:00 pm. The festival will be videotaped as part of the documentary, The Evolution of Rastafari in Canada to be released in 2014,” says the event’s press release.