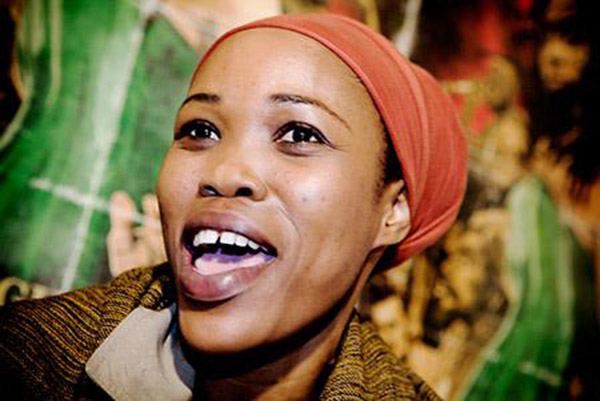 The activists had complained that the dancehall performer was “notorious” for her homophobic lyrics and the coordinator of the “Rastafest”, Masani Montague, confirmed that the singer would not be performing “due to circumstances beyond our control”.

JAGLA spokesman, Kerron Orlando, welcomed the group decision noting the “decision has sent a clear message that persons who make comments that jeopardize the well-being of members of the LGBT community in Jamaica, will not be welcomed in Canada”.

He said, he hoped that other homophobic persons will remember that performers will be condemned, and called on the Jamaica government to  immediately put in place measures to protect members of the LGBT community.

Last Thursday, the Canadian Heritage and Official Languages, which had given the festival Can$4,200 (One Canada Dollar =US$0.95 cents) said it was “disappointed to hear that an artist using homophobic language is being featured at this event.

“While it is Rastafest, not the federal government who is responsible for programming decisions, we will ensure that future funding requests from them are very carefully reviewed,” the group said.

Rastafest is sponsored in part by the Toronto Public Library and Service Canada.

Earlier this month, the Jamaica government expressed “regret” at the statements made by Queen Ifrica, during the Grand Gala.

In a statement, the Ministry of Youth and Culture said the event was used by the singer “as a platform to express her personal opinions and views on matters that may be considered controversial, rather than to perform in the agreed scripted and rehearsed manner consistent with the thematic production.

“Furthermore, the comments by the artiste were inappropriate in the setting of a national, state-funded event with more than 20,000 persons, including children, who were in the National Stadium and thousands more watching on television and online. “

During her performance, statements glorifying male straightness, heterosexual marriage and the legalisation of marijuana were among those made on stage.