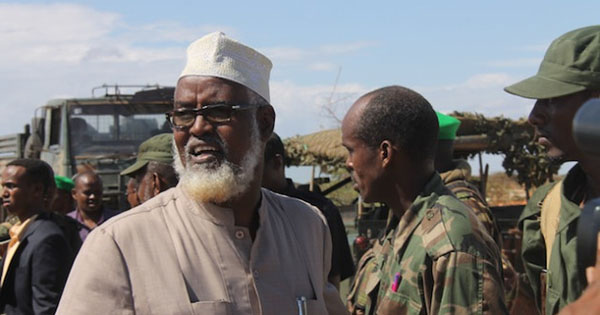 MOGADISHU, Somalia (IPS) – Somali clan leaders say that an Aug. 27 agreement between the government and only a few leaders from the country’s three southern Jubba regions, which aims to resolve the ongoing dispute over who controls the area, creates more problems than it solves.

“The agreement, in essence, gives in to the original demands of one clan, the Ras Kamboni militia, for the domination over other communities just because they have the bigger guns. And that is unfortunate,” Mohamed Hassan, a clan elder in the southern port city of Kismayo, told IPS.

Since the 2012 ouster of the Islamist militant group, Al-Shabaab, from much of this Horn of Africa nation’s southern territories, the Somali government and the local militia group Ras Kamboni have been at loggerheads over control of the area.

On May 15, Ras Kamboni selected Ahmed Mohamed Islam, better known as Sheikh Madobe, leader of the group and as president of a self-declared regional autonomous state, which they named Jubbland. Kismayo was declared the state’s capital city. The Somali government, however, refused to recognise the state, which comprises the three southern regions Gedo, Lower Jubba and Middle Jubba.

In June, fighting broke out between the Ras Kamboni militias and local clans after they rejected Madobe’s authority. The World Health Organisation said that more than 70 people were killed and hundreds more injured as a result.

But Hassan said that the Jubba agreement, which was signed in the Ethiopian capital, Addis Ababa, did not address the core issue of the conflict and could lead to a more “uncertain future” for the people in the three provinces.

“With the exception of changing the name of the self-proclaimed state from Jubbaland to the Interim Jubba Administration, such an arrangement will further ignite communal conflict,” he said.

The deal establishes a two-year interim administration that will be run by leaders from the three southern states. It outlines managing the region’s federal institutions and infrastructure, including the airport and seaport – two of the main revenue generators for Gedo, Lower Jubba and Middle Jubba regions.

The agreement also envisages the integration of the local militias into the Somalian National Army and calls for reconciliation and confidence building between communities in the regions.

But Hassan cautioned against the agreement institutionalising a “one-clan hegemony” in Somalia’s most-diverse regions.

“We all know these regions are not inhabited by one clan, but are the most diverse regions in Somalia. Giving priority to one clan over others is calling for a continuation of the conflict, so I call on the Somali government and the international community to annul the so-called agreement and organise a real reconciliation for all clans here,” Hassan told IPS.

“We are for peace and brotherhood between the peoples here, not legitimising clanism. We will not accept anything less than justice, equality and respect for all.”

Yusuf Omar, a political scientist and independent analyst from Kismayo, told IPS that most of the local clans had not been represented in the talks that culminated in the signing of the Aug. 27 agreement.

“The conflict is not between the Somali government on the one hand and one clan in the Jubba regions on the other. The conflict is between local communities over the future of the provinces, and most were not represented at the talks,” he said.

While clan leaders say that the deal does not change anything on the ground, both the Somali government and leaders of Ras Kamboni insist that the agreement guarantees the new interim administration will be “an all-inclusive and representative body of all clans and constituencies.”

“In the absence of reliable population data and a recent census, the accurate distribution of seats [among the] clans is not possible. Representation lies at the heart of Somalia’s political conflict. Use of this language threatens to incite further conflict,” HIPS said in a report titled the “Jubba Agreement: Imperfect Progress”, which was released after the signing of the deal.

Kulmiye Yusuf, a local academic from Kismayo, agreed that the ambiguity of the terms of the agreement could lead to problems during its implementation phase. However, he believes that the deal marks a new start in the relations between the government and Madobe, the leader of the Ras Kamboni militia and the self-declared president of Jubbaland.

“I do agree with the assessment of the institute [HIPS] that what has been achieved so far is an imperfect progress. But what is needed is to view this as a good start and that genuine reconciliation between the local communities can now be initiated,” Yusuf told IPS.