New in Pride
Home / International News / Revised U.S. Stance On Marijuana Will Be Felt Beyond Borders 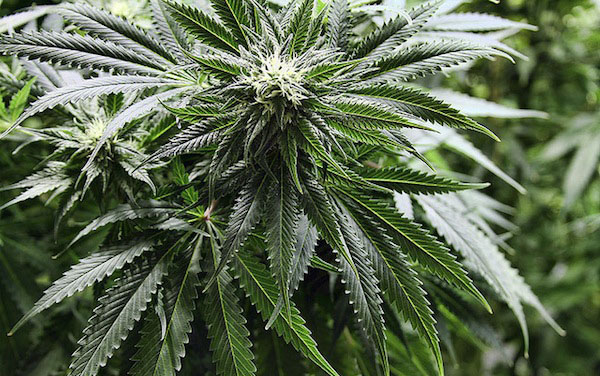 Revised U.S. Stance On Marijuana Will Be Felt Beyond Borders

WASHINGTON, D.C. (IPS) – The U.S. Justice Department on Thursday issued surprise guidance directing its attorneys not to sue states that have moved to decriminalise the recreational use of marijuana, so long as those states implement strict regulatory regimes.

The announcement marks a turnaround for the administration of President Barack Obama, who in January refused to explicitly support cannabis legalisation. Yet analysts are also suggesting that the new policy stance will have significant repercussions for countries that have been at the receiving end of the U.S. “war on drugs”.

“This action is of enormous significance, especially in Latin America, where the United States has for decades been the chief cheerleader for and major exporter of its own punitive drug policy,” John Walsh, a senior associate for drug policy at the Washington Office on Latin America (WOLA), a rights group, told IPS.

“Latin American and other countries have felt bound by various treaties not to experiment with regulatory approaches that they think could do a better job, so the significance here is in providing space in the knowledge that the U.S., at least, is not in a position to pressure them anymore.”

Indeed, the United States is seen as the major architect of three United Nations treaties that codify four decades’ worth of “prohibitionist” anti-drugs policies. While these policies today constitute the global norm, some analysts suggest it is currently breaking down.

In the United States, strict “mandatory minimum” jail sentences have brought the federal prison population to record numbers in recent years. Of the country’s 219,000 inmates – called “historically unprecedented” numbers – half are locked up on drug-related and overwhelmingly non-violent charges.

“As the so-called ‘war on drugs’ enters its fifth decade, we need to ask whether it, and the approaches that comprise it, have been truly effective,” Holder stated on Aug. 12, “and … to usher in a new approach.”

Thursday’s announcement will remove several significant hurdles for lawmakers and entrepreneurs in the states of Washington and Colorado, where in November voters approved the legalisation of the production, distribution and use of non-medical marijuana. Such policies would be among the most permissive anywhere in the world, but they also directly contradict federal law.

In the context of this discrepancy, in recent years the Justice Department has continued to carry out irregular raids and harassment of growers and distributors of medical marijuana even in the 21 states that have formally authorised the physician-prescribed use of the drug. (Sixteen states have also decriminalised first-time offences for small amounts of cannabis.)

The new guidelines now direct federal attorneys not to pursue litigation so long as marijuana is not being sold to minors or funnelled into states that have not legalised its recreational use.

While the Justice Department memorandum will provide increased legal certainty for those involved in these new experiments in regulation, it goes much further than offering mere grudging promises not to interfere. Rather, officials suggest that de-criminalisation of marijuana could ultimately be more successful than criminalisation in achieving a menu of stated federal policy aims.

“A robust system may affirmatively address those priorities,” the memo states, “by, for example, implementing effective measures to prevent diversion of marijuana outside of the regulated system and to other states, prohibiting access to marijuana by minors, and replacing an illicit marijuana trade that funds criminal enterprises with a tightly regulated market in which revenues are tracked and accounted for.”

Long-time critics of the United States’ punitive approach to drugs interdiction have lauded the move, noting the heavy toll that communities in and out of the country have been forced to pay for drugs policies originating in Washington.

“It’s encouraging that the Justice Department memo recognises that a regulated drug distribution system may be helpful in reducing the power and wealth of criminal groups. Violent organised crime, well financed by revenues from illicit drug markets, poses a real threat to human rights and the rule of law globally. It’s crucial that governments look at alternative ways of regulating not only drug use but also the drug trade.”

Several Latin American countries are already actively looking at such alternatives. Most notable is Uruguay, which earlier this month approved draft legislation that would both legalise and nationalise the production and distribution of marijuana.

Several possible regulatory approaches are also being discussed in the Mexican Congress, while leaders in several other countries, from Colombia to Guatemala, are also increasingly exploring alternatives.

“Other governments have been less outspoken than Uruguay but they are nevertheless watching what happens there very closely, hoping to learn from Uruguay’s experience and see how similar approaches may work in their own countries,” WOLA’s Walsh says.

“As a result of the new U.S. decision, these countries will now enjoy greater political space to pursue similar legalisation proposals of their own.”

Such moves have been bolstered by a recent landmark series of reports by the 35-member Organisation of American States (OAS). Those reports (available here and here) were notable in appearing to explicitly advocate for alternatives to the longstanding U.S.-led model of criminalisation.

“Decriminalisation of drug use needs to be considered as a core element in any public health strategy,” one of the reports states, noting in particular that “it would be worthwhile to assess existing signals and trends that lean toward the decriminalisation or legalisation of the production, sale, and use of marijuana.”

At a summit in Guatemala in June, the OAS member states approved the reports’ policy vision of drug use as a health rather than criminal issue. Over initial U.S. resistance, they also agreed to devote a General Assembly next year to coming up with a new drugs-related action plan.

“We are potentially on the cusp of the collapse of the existing international counter-narcotics regime,” Vanda Felbab-Brown, a senior fellow at the Brookings Institution, a Washington think tank, told IPS when the OAS reports came out. “And it looks like the Latin Americans could be the ones to pull the plug.”