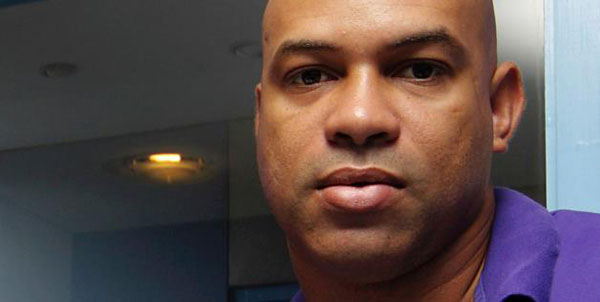 PARAMARIBO, Suriname CMC – The son of President Desi Bouterse has been arrested in Panama on illegal arms trafficking, an official at the United States Embassy here said, Friday.

“We confirm that Dino Bouterse has been arrested yesterday,” said the US Embassy public officer, Virginia Elliot. She gave no further details.

The government here has been informed of the arrest and National Security Chief, Melvin Linscheer, said that the government will issue a statement later.

“At this moment I know as much as you do, but in a short while we will issue a statement”, he told reporters.

One local website said that he may have been entrapped during a conversation with an undercover agent about a possible arms shipment.

This isn’t Bouterse’s first brush with the law regarding illegal arms trade. In 2005 he was convicted in a Surinamese court and sentenced to eight years in jail on drugs and arms trafficking charges but was released in 2008 due to good behavior.

His links with the illegal arms trade had also caught the attention of the US government several years ago.

In a Wikileaked cable from then US Ambassador to Guyana, Roland Bullen, he had noted that “Desi Bouterse’s son, Dino, organized a Surinamese soccer team’s trip to Buxton a few years ago. It is believed that the team bus carried weapons to Buxton.”

For many years Buxton had the reputation of being a safe haven for heavily armed gangs in neighboring Guyana.

Shortly after the Bouterse-administration came into office in august 2010, the government established the Counter Terror Unit in which Dino Bouterse allegedly had a prominent position.