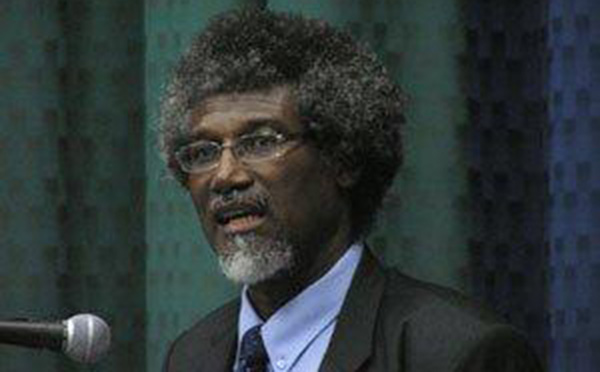 CASTRIES, St. Lucia CMC – The Eastern Caribbean Monetary Council is considering a proposed amalgamation of the banks in the sub-region in order to create more efficiency and stability within the financial system.

There are more than three dozen banks listed across the OECS region where individual countries hold responsibility for licensing banks in their respective territories.

But Governor of the Eastern Caribbean Central Bank (ECCB), Sir Dwight Venner, is describing the situation as a “banking overload”.

Sir Dwight said there exists a strong case for amalgamating banks across the Eastern Caribbean which has a population of just over half a million.

“Legally we have 40 banks in the OECS and that is to say that because each country licenses banks separately, the Bank of Nova Scotia for example which has seven branches in the Eastern Caribbean Currency Union is regarded as seven banks, so we end up with 26 foreign banks and 14 local banks.

“For a population of 600,000 based on all the arithmetic these are too many banks,” Sir Dwight said.

The Eastern Caribbean Monetary Council has examined the possibility of amalgamating banks across the Currency Union and there is consensus that steps must be taken to advance this initiative.

But the ECCB Governor advises that the amalgamation process must be undertaken carefully.

“Banks are not like supermarkets. If so, they could be closed down with impunity. Banks hold the deposits of citizens and therefore must be treated differently.

“There is also the payment system where cheques are exchanged not only within countries but between currencies and any unraveling of that system could be chaotic so one must proceed in a very measured way and that is what is taking place,” he said.

The ECCB Governor warned that in order for the region’s banking system to remain profitable and viable several banks must join forces.

Last month, the St. Kitts-based ECCB assumed control of two indigenous banks in Anguilla indicating that the move was designed to ensure the stability of the banking system in the entire Eastern Caribbean Currency Union (ECCU).

Sir Dwight confirmed that the operations of the Caribbean Commercial Bank (Anguilla) Limited (CCB) and the National Bank of Anguilla Limited (NBA) had been taken over and that the circumstances that led to the action include the fact that the economies of the ECCU are mainly dependent for their growth on the tourism and construction and that the global crisis has had a major impact on these sectors.

He said also the banks have seen their non performing loans escalate to levels beyond the guidelines set by the Central Bank and this in turn has resulted in the banks not meeting their capital requirements.

The ECCB acts as a Central Bank for Antigua and Barbuda, Dominica, St. Lucia, St. Vincent and the Grenadines, St. Kitts-Nevis, Montserrat, Anguilla and the British Virgin Islands.