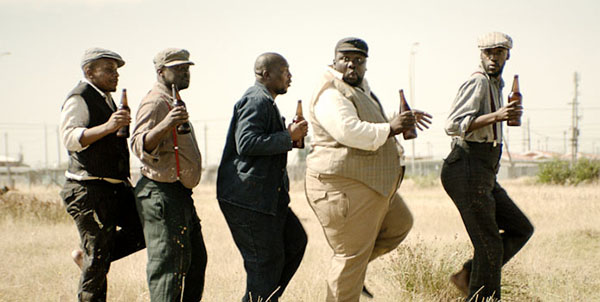 It’s September and the city is abuzz with anticipation and excitement as movie stars and journalists descend on Toronto for the 38th Toronto International Film Festival.

Filmmakers from around the world have brought their films to the city and the hundreds of entries include several films by and about Africans — both from the continent and the diaspora. Here is a list of a few films of particular interest to members of the community.

“To Repel Ghosts: Urban Tales from the African Continent” is a series of five short films by up-and-coming young African directors.

“Homecoming,” by Kenyan director Jim Chuchu tells the story of a voyeur obsessed with the girl next door.

“Berea,” by South African director Vincent Moloi is about an elderly man who feels disorientated by the radical urbanization of his village.

“To Repel Ghosts,” by Ivoirian Philippe Lacote, details a visit of atonement to the Ivory Coast by the popular modern artist Jean-Michel Basquiat, who died in 1988.

“Kwaku Ananse” is a semi-autobiographical interpretation of a Ghanian folktale, by director Akosua Adoma Owusu.

And rounding out that series is “Unogumbe, Noye’s Fludde — Noah’s Flood,” by Mark Dornford-May, an adaptation of Benjamin Britten’s one-act opera about the biblical story of Noah and the flood. The opera is sung in Xhosa by the Cape Town Theatre Company, with South African opera star Pauline Malefane as Noah.

“Mandela: Long Walk to Freedom,” by Justin Chadwick, tells the inspiring story of Nelson Mandela. It chronicles Mandela’s journey from his early struggle against apartheid to his many years in prison and his victory as the first democratically elected president of South Africa. British Actor Idris Elba tackles the role of Mandela.

“12 Years a Slave,” by British director Steve McQueen, is the story of Solomon Northrup, a free man living in Ney York in 1841, who makes his living as a musician. When Northrup accepts a job to play for a circus, he finds himself kidnapped and is transported to the South where he is sold into slavery. He is forced to take a new name and to endure the gruelling labour, brutality and humiliation of slavery along with other African Americans. Slavery is more stinging for Northrup than for the others because, unlike them, he has known freedom. British actor Chiwetel Ejiofor plays Northrup.

“Half of a Yellow Sun” is the directorial feature debut of Nigerian playwright Biyi Bandele. Based on the novel by Nigerian writer, Chimamanda Ngozi Adichie, the film chronicles the romantic journeys of two sisters against the backdrop of the Nigerian-Biafran War. Olanna, played by British actress Thandie Newton, falls in love with Odenigbo (Chiwetel Ejiofor), a revolutionary who fathers a child with another woman. Kainene (Anika Noni Rose) becomes romantically involved with a British writer (Joseph Mawle) who has come to Nigeria to teach.

“All Is By My Side” directed by John Ridley, is a portrait of the iconic Jimi Hendrix, focusing on his early life, before he became famous and changed the course of modern music.

These are just a few of the hundreds of films playing during the festival, which runs from September 5-15. Check tiff.net for more information.