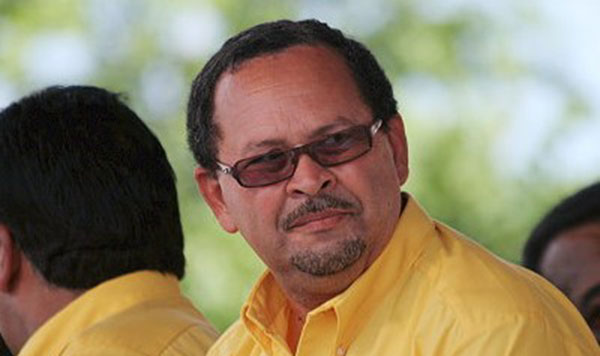 PORT OF Spain, Trinidad CMC – Speaker of the Trinidad and Tobago parliament, Wade Mark, on Monday, declared the St. Joseph parliamentary seat of former justice minister, Herbert Volney, vacant in a move paving the way for a by-election, possibly within 90 days.

But in an immediate reaction, Volney, a former High Court judge, who has 14 days to challenge the ruling, accused Mark of acting as “judge and jury” and violated his legal right and promise to fight the matter on legal ground.

“What will happen until such time that I successfully challenge the Speaker’s ruling, Mr. (Austin) Warner, (interim leader of the Independent Liberal Party (ILP) will represent the constituency of St. Joseph…in the Parliament,” Volney told reporters. Volney has already indicated he intends joining Warner’s ILP.

In a statement to Parliament, Mark said that he had received a letter from Volney indicating that he had resigned from the United National Congress (UNC) the biggest member in the four-party coalition People’s Partnership government of Prime Minister Kamla Persad Bissessar.

In July, Volney had written the UNC indicating his decision to resign, one day after the partysuffered a humiliating defeat in its stronghold of Chaguanas West in southern Trinidad.

In his letter to the party’s general secretary, Dave Tancoo, the former High Court judge said, a statement made by Prime Minister Persad Bissessar on television following the UNC defeat showed that she “has no interest in keeping me in the fold of her government”.

Volney was fired by Prime Minister Persad Bissessar at the height of the controversy surrounding the enactment of Section 34 of the Administration of Justice (Indictable Proceedings) Act that had the effect of allowing people, whose trial has not started after a 10-year period to walk free and a verdict of not guilty entered against their names.

Critics say that the clause was aimed at supporting businessmen Ish Galbaransingh and Steve Ferguson, who have been described as financiers of the UNC.

In his letter, Volney said that since his “unjust dismissal” from the government, Prime Minister Persad Bissessar “has done nothing to re-engage me with any relevance in her administration and has as Political Leader of the United National Congress equally made no attempt to include me in any form or fashion given that I remain a member of the United National Congress and one of its members of Parliament”.

Mark said he had also received a letter from Prime Minister Persad Bissessar confirming Volney’s resignation and that Section 49A of the Constitution requires the leader of the party on whose ticket the member was elected to inform the Speaker in writing of the circumstances.

The legislation also provides for the Speaker after being informed, “shall at the next sitting of the House make a declaration that the member has resigned. The member shall vacate his seat or he may legally challenge the claim that he has resigned or has been expelled”.

In her letter to Mark, Prime Minister Persad-Bissessar said she was calling on the Speaker “to perform your constitutional duty by declaring that Mr Volney has resigned from the UNC”.

“Further, and accordingly, the Honourable member is required under Section 49A of the Constitution to cease to perform his function as a Member of the House of Representatives with immediate effect.

“The Honourable member may be entitled to resume the performance of such functions only if and when the legal proceedings ….are finally determined”.

Asked by reporters whether the Speaker could have taken the action in the absence of the relevant Standing Orders, Volney replied “you will have to wait and see.

“There are many premises but I do not propose to speak of them. I will allow the lawyers to do their work,” he added.