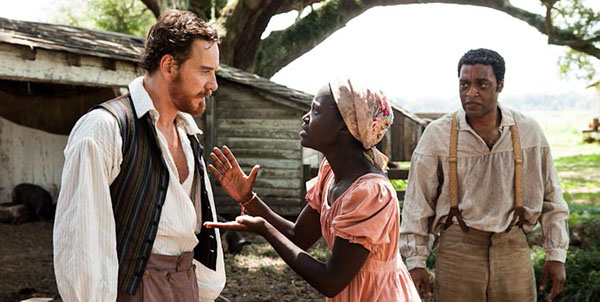 We have read about slavery, but to see its unspeakable brutality recreated as it is in the film “12 Years a Slave” makes the horrors that our ancestors endured painfully real. The film, which played at the Toronto International Film Festival (TIFF) was so well received that it won the BlackBerry People’s Choice Award.

The film tells the true story of Solomon Northrup, a free Black man who lived with his wife and two children in Saratoga Springs, New York, in 1841. Northrup makes his living as a musician, and when two men offer him a job to play for a circus he accepts and leaves with his family’s blessings. Unfortunately, the men are crooks. While having dinner with Northrup one night they ply him with drinks. When Northrup wakes up the next morning he finds that he has been kidnapped. He is put on the auction block and sold into slavery.

For the next 12 years, Solomon, who has lived his life as a free man experiences slavery. He is stripped of his name and given a new one by his master. Not accustomed to gruelling manual labour, he is forced to toil in the field with other slaves under the watchful gaze of an overseer who does not hesitate to use his whip. Northrup sees the heartbreak of families torn apart; he sees a mother begging to have her children sold together with her, but to no avail.

Northrup experiences the beatings and humiliation and witnesses the rape the slaves are forced to endure on a constant basis. And he witnesses the hypocrisy of the Christian slave owners, who find justification for their brutality in the Bible.

The film is a testament to the resilience of a man who refused to let slavery break his spirit. In spite of the hardships Northrup suffers he never gives up the hope of regaining his freedom and reuniting with his family.

“12 Years a Slave” was directed by the Black British director Steve McQueen, whose feature films “Hunger” (2008) and Shame (2011) also screened at TIFF. The screenplay was written by John Ridley, the African-American director of “All is By My Side,” the year-in-the-life biopic about Jimi Hendrix, which also screened at TIFF.

Chiwetel Ejiofor, who gives a magnificent performance in the lead role, is generating Oscar buzz. (Ejiofor also appears in “Half of a Yellow Sun,” which also screened at the festival.) The excellent cast also includes Michael Fassbender, Paul Giamatti, Alfre Woodard, Benedict Cumberbatch and newcomer Nupita Nyong’o. Brad Pitt, one of the film’s producers, has a small part in the film.