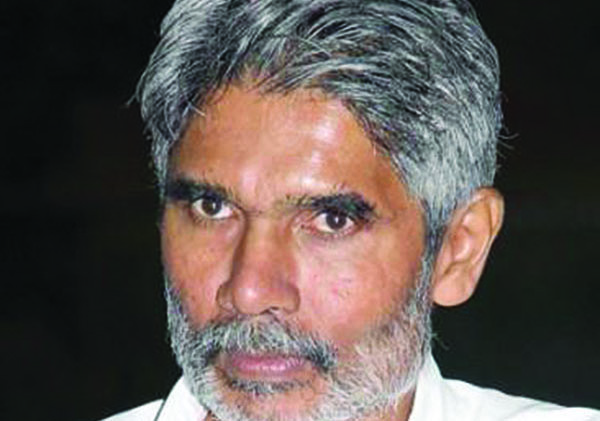 PORT OF SPAIN, Trinidad CMC – Environmentalist, Dr. Wayne Kublalsingh, who has been staging a daily protest outside the office of Prime Minister Kamla Persad Bissessar over the construction of a multi-billion dollar highway in the south of Trinidad, has confirmed his dismissal as a lecturer at the St. Augustine campus of the University of the West Indies (UWI).

“I respect and understand their position,” said Kublalsingh, who was a part-time lecturer for 16 years.

Kublalsingh said his contract with the UWI, where he taught “Introduction to Poetry” was not renewed this academic year.

He said during a meeting last week with the Department of Liberal Arts, he was informed that in the interest of the students, his situation had become “volatile.

“It seemed to have stemmed from the beginning of the campaign, when I was warned by the police that I would be held liable and could be arrested if the crowd here became too large,” Kublalsingh said, referring to his ongoing protest outside the Prime Minister’s office.

UWI principal Professor Clement Sankat told the Trinidad Express newspaper that Kublalsingh’s part-time tenure was being reviewed since last November, when he staged a 21-day hunger strike outside the PM’s office.

“Changes took place,” Sankat said, adding “we had to make some changes whilst he was fasting. And that was the responsibility of the department. We had to get on with the students’ work, students had to be taught”.

Kublalsingh who has been staging his protest outside the Prime Minister’s office for the past 40 days, said he is now prepared to dedicate himself fully to protest of the highway project.

Kublalsingh last month renewed his protest action less than a year after he staged a 21-day hunger strike to force the Trinidad and Tobago government to halt the construction of the multi-billion dollar highway.

Kublalsingh said while he would not be engaging in another hunger strike, he would nonetheless be protesting peacefully the construction of the Debe to Mon Desir segment of the TT$$7.2 billion (One TT dollar = US$0.16 cents) San Fernando to Point Fortin highway project.

The 53-year-old environmentalist said that he and members of the Highway Re-Route Movement would be protesting outside the Prime Minister’s office until she meets with them and makes her position clear on whether she will abide by the James Armstrong report.

Kublalsingh met with President Anthony Carmona and Opposition Leader Dr. Keith Rowley on the matter and is due to meet with the head of state later this month.

Last month, Kublalsingh accused Prime Minister Persad Bissessar of abruptly ending a meeting with the group to discuss the matter.

Last year, civil society groups, including the Joint Consultative Council, mediated between the government and the Re-Route Movement resulting in the establishment of an independent review committee, headed by former Independent senator, Dr. James Armstrong.

Last month, Prime Minister Persad Bissessar urged those opposed to the construction of the highway to reconsider their action as she opened the first leg of the highway.