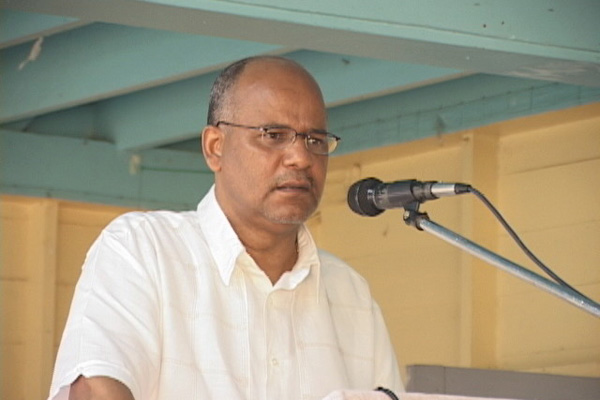 GEORGETOWN, Guyana CMC – The Guyana government has denied being “numb” to the spate of recent killings in the country and that more resources would be made available to law enforcement authorities to deal with the situation.

Home Affairs Minister, Clement Rohee, has also dismissed suggestions that the Security Sector strategic reform 2013-2017 was not productive and has had no impact on the operations of the Guyana Police Force (GPF).

“I dismiss out of hand, the view that the reforms are not making any sense, or that the reforms are not being productive. Change is a process that takes time, this is not an event, and when you are talking about seeking to effect changes through an institution such as the Guyana Police Force, or any police force for that matter, because you are dealing with people, it takes patience and it takes consistency,” he said.

Rohee said that the government had outlined several measures to improve law and order following the recent killings and acts of violence.

“Whether it is a string of incidences, robbery under arms, resulting in deaths or whether it is an individual incident, the Ministry of Home Affairs will always be concerned about those matters, we are not insensitive, we are not numb to such eventualities.”

Rohee said that the government has been making resources available to ensure that the policy of the GPF is reflective of central government’s thrust in fighting and detecting crime.

He said that additional wiretapping facilities would be utilized in the fight against crime.

“So apart from the technological interventions, there is also the human intel (intelligence) side that is required because crime fighting depends on intelligence, and that is the focus we intend to pursue over the next months,” he said.

“The ministry is also working to assiduously ensure that police reforms bring the requisite benefits to ensure that peace and good order is maintained all times in the society.”

Rohee said that the police had welcomed the Security sector strategy, adding, “we meet every month to assess progress being made with respect to the implementation of the plan.

“Working together, we will achieve quite a lot in the not too distant future,” he added.

Acting Police Commissioner, Leroy Brummel, said several arrests have been made as a result of the recent spike in criminal activities here. He said the nation should not go into a panic mode.

“We must not press the panic button, I am saying that the Guyana Police Force is a proactive Force, we do not want to be reactive, that means that we always must be out there if something happens, we must respond to it and if you have at least three murders a night, it is of concern to us the members of the Police Force…we are working assiduously to solve these crimes,” he said.