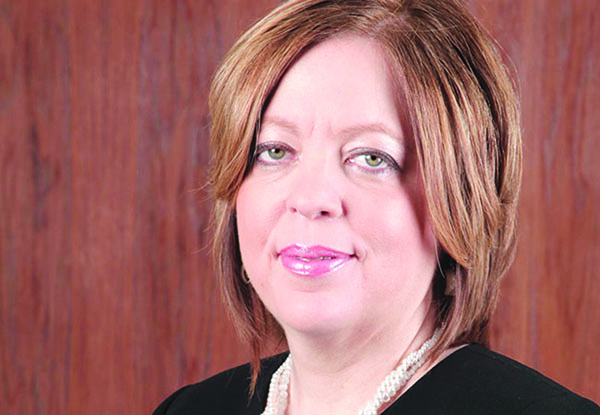 TRINIDAD & TOBAGO – BlackBerry in hand, Anya Schnoor showed up for another day of meetings on Friday, August 16 in a red polo and black slacks. At 9am, with a small knock at the door, her assistant Shelly ushered in the visitors from Canada. Nine months in as new boss, she has the calm assurance of someone who’s been at the helm much longer.

Schnoor, a Jamaican, is the new managing director of Scotiabank Trinidad and Tobago, a subsidiary of Canada’s third largest bank by assets, the Bank of Nova Scotia, which first opened for business on the island in 1954.

More than 1300 employees later, she is presiding over the opening of the bank’s first regional back-office hub, an investment of US$15.5 million, welcome news for the government which wants to expand Trinidad’s financial services sector via foreign direct investment and will do whatever it takes to make deals happen.

Scotiabank’s hub opens less than a year after RBC Royal Bank—another bank with Canadian roots—opened its own back-office service centre in Port-of-Spain to consolidate support services to clients in Trinidad, Suriname and the Dutch Caribbean.

The central borough of Chaguanas where Scotiabank’s shared-services hub is located bustles with as much activity as the corner of Park and Richmond, where Schnoor’s 2nd floor Port-of-Spain office overlooks an optimistic city. The hub already employs 300 people. Scotia will add another 200 jobs within three to five years.

Trinidad’s selection is hardly insignificant. The bank has a footprint in practically every country in the region. The decision to reinvest here wasn’t just about its political and economic stability or modern telecommunications infrastructure.

“We looked at many factors,” Schnoor said, “For the most part these are accounting jobs. When we looked at the education system, the quality of the people coming out of university here was very good. Also, we wanted to be able to do cross-border transactions and the government really put their foot forward with us to make this happen.”

Within a week of her appointment, Finance Minister, Larry Howai, announced in his maiden budget new legislation to make the Free Zone and The Trinidad and Tobago International Financial Centre (TTIFC) attractive to companies who wanted to establish shared-service operations.

The TTIFC was launched as a separate vehicle for promoting investment in financial services. Legislation to make the regulatory environment stronger was passed soon after. More legislation, including tax incentives, is in the works.

In cost-effectiveness Trinidad has always been on people’s radar, thanks mainly to its cheap energy. Its ranking last week by fDi Intelligence, a division of the Financial Times, as the number one location in the Caribbean and Central America for business costs confirms it.

Dubbed the “Caribbean and Central American Countries of the Future 2013/4,” Trinidad and Tobago placed first out of 29 countries for cost-effectiveness.

The biennial survey looks at the impact of various business costs on foreign direct investment decisions. These include the cost of electricity and utilities, business and property registration fees, minimum wage, export and import fees, corporate tax, and rental of prime “grade A” office and industrial real estate.

Scores in each category are then weighted based on their importance to the decision-making process.

But it was cheap energy prices and low operating costs that helped it overtake El Salvador for the top spot in cost-effectiveness.

In banking and related industries like call-centre operations, wages for customer service staff and other professionals represent the single biggest cost consideration for C-suite executives like Schnoor who evaluate locations.

Trinidad and Tobago’s labour costs are competitive within Latin America and the Caribbean even with adjustments for statutory costs, benefits and wage inflation to the base minimum wage of US$1.95 per hour.

Trinidad also scored well within its peer group for facility costs which include leasable industrial and office space. In the Port-of-Spain city centre, a 3-storey office building with 6,000 square feet of available space might go for less than US$2.00 per square foot, less than one-third the rate in Rio de Janeiro, Brazil or Manhattan, New York.

In utilities, at less than US$0.06 cents per kilowatt-hour, Trinidad offers one of the lowest electricity rates in Latin America and the Caribbean, the report found. Fuel subsidies have resulted in low transportation costs although the government has made it clear it intends to reduce or eliminate them altogether.

Rounding out the survey, Trinidad and Tobago’s basic corporation tax of 25 percent makes it attractive for FDI. Energy companies and those in the downstream petrochemical business pay more, but the overall tax structure is among the best in Latin America and the Caribbean for non-manufacturing operations like financial services.

The 2013/4 ranking by fDi Intelligence is consistent with a 2012 report by Tholons, a leading strategic advisory firm for global outsourcing, which found Trinidad and Tobago’s IT/BPO capabilities investment-worthy and competitive within the region.

It’s on the strength of such data, that the government is so eager to expand the financial services sector, already the second-largest contributor to GDP.

“The outsourcing industry’s growth,” says TTIFC Chief Executive Officer Varun Maharaj, “has proven beyond doubt, that it can be a critical catalyst for not only economic growth, but, also social transformation. This is particularly true in the case of Latin American and Caribbean locations. It is now seen as a sector holding the greatest potential in terms of delivering large-scale employment, especially amongst the youth.”

Maharaj went on to note that: “With Government commitment, competitive energy costs, a labour pool of just over 620,000 and affinity to North American culture, the fDi Intelligence scores for business costs only propel us further as a competitive contender for near-shoring opportunities given our strategic location and access to US, Canadian and expanding Latin American markets.”

Scotiabank’s hub will likely open up a thriving support services sector. Its profits from regional operations are up and commercial lending in Caribbean and Central America accounts for a reported 22 percent of its international business.

“This is a great opportunity,” Schnoor said, “for us as Trinidadians to show the rest of the Caribbean and the world that we can do this efficiently. When you think of the cost of having shared services in New York City, companies should be looking at Trinidad now.”