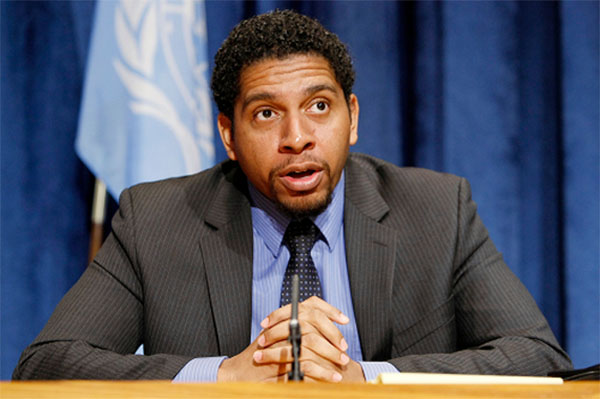 In addition, the younger Gonsalves, who is replacing former foreign affairs minister, Dr. Douglas Slater, who has taken up a new position with the Guyana-based Caribbean Community (CARICOM) Secretariat, will also serve as commerce and information technology minister, while Luke Browne, the ruling Unity Labour Party (ULP) candidate for the East Kingstown in the 2010 general election, was sworn in as Parliamentary Secretary in the Ministry of Tourism, Sports, and Culture.

Political activist and commentator, Jomo Thomas, has also been named a senator, but will take the Oath in Parliament on Thursday.

Prime Minister Gonsalves said he had asked Opposition legislator, Dr. Godwin Friday, to become the Deputy Speaker of the House of Assembly. If Friday does not accept the nomination, Thomas, an attorney, will be appointed Deputy Speaker.

Governor General, Sir Frederick Ballantyne, congratulated the senators saying, “They are all, as you know, very bright, outstanding Vincentians and the population expects a lot from all of you.

“I have always been of the opinion that service to one’s country, and, by extension, service to humanity, is one of the more noble traits that anyone can possess.

Prime Minister Gonsalves said each of the new legislators had “accomplished a great deal” noting that Browne, a former national and Rhode Scholar, had an undergraduate degree in economics and mathematics, and master’s degree in statistics from Oxford University.

The younger Gonsalves is also former senior crown counsel and has undergraduate degrees in journalism and law, a master’s degree in global affairs (political economy), and is currently pursuing a doctorate.

“I think the appointment of Jomo might have surprised some because it is well known that Jomo has been a critic of mine,” Prime Minister Gonsalves said.

“He has criticized policies of the government, he has criticized me personally, though we have been together in Yulimo and the UPM. And I know that at election time in 2005 and 2010 he supported the Unity Labour Party because in political situations, you have to have choices,” said Gonsalves, adding he is not worried about criticisms.

He said that his government, which came to office in 2001 and will seek a fourth consecutive term at the next general elections, constitutionally due in 2015, “has as part of its mandate and as part of its obligation to refresh itself with personnel and with ideas.

“The vision and the philosophy of the government remain intact, that is to say, people-centred vision, a philosophy of social democracy as applied to the circumstances of St. Vincent and the Grenadines.

“But, of course, every single political party — government — ought always to be refreshing itself with personnel and ideas because if you do not adapt and change, you will become a dinosaur. …”

Gonsalves said that the prehistoric small mammal adapted and changed and survived even as the dinosaurs went extinct.

“Our party and government, metaphorically, are small mammals and therefore, we evolve, we adopt, we change in the new environment but located in a people-centred vision and bedrock principles and philosophy.

“And the people must see that their government, particularly one in its third term and looking for a fourth, that that government, that party, adapts and changes.

“It doesn’t matter if any other organization doesn’t want to adapt and change; that is their business. We are in the business of responding to our domestic condition, our regional environment, politically and economically, and naturally, of course, our natural environment and that is why, climate change, for example, is a matter of existential importance to us,” Gonsalves said.

The appointment of the new foreign and foreign trade minister brings to three, the number of Gonsalves’ relatives who are parliamentarians.

The Prime Minister’s first cousin, Julian Francis, who is also a senator, is the Minister of Works.