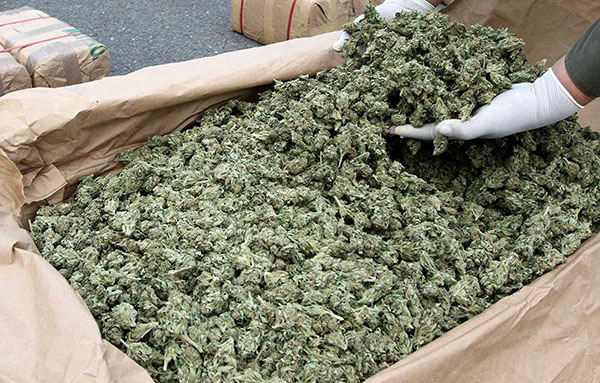 US Coast Guard Seizes 6000 Pounds Of Marijuana In Caribbean Sea

KEY WEST, Florida CMC – The United States Coast Guard, last Saturday, revealed the seizure of over 6,000 pounds of marijuana in the Caribbean Sea.

In the first interdiction, it said the Thetis crew located a 30-foot go-fast vessel during a routine patrol. Using an over the horizon small boat, the Coast Guard said the Thetis boarding team “approached and witnessed the suspected smugglers aboard the go-fast vessel jettison packages of contraband overboard.”

The suspects apprehended and the crew recovered 69 packages, which later tested positive for marijuana.

The US Coast Guard said the Jamaican Defense Force authorized the LEDET to board the flagged vessel and apprehend the suspects, recovering 55 packages, which later tested positive for marijuana.

The total contraband weighted approximately 6,250 pounds, with a wholesale value of more than US$5.5 million.