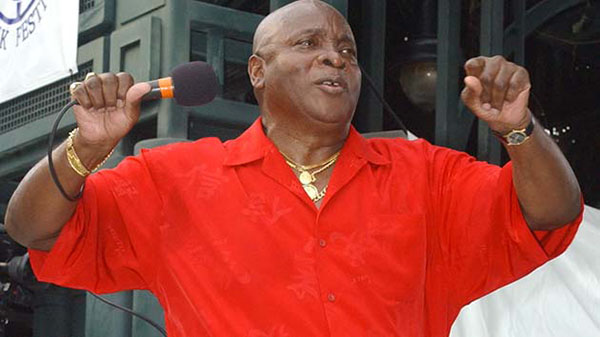 NEW YORK, New York CMC – The family of Slinger Francisco, widely regarded as the “Calypso King of the World”, says the “Mighty Sparrow” is responding very well to treatment.

Sparrow, who was admitted to a New York hospital two weeks ago, is no longer in a coma.

“He should be up and about soon but not too soon,” said his daughter Nicole Robinson.

“He is communicating by blinks and lifting his hands,” she said while pointing out that he is also listening to some of his favorite tunes which includes some of his own gospel tunes; country and western and classical.

Two weeks ago fans learnt that the Calypso King was admitted to hospital for complications related to diabetes.

The “Mighty Sparrow”, 78, has been performing for more than four decades and has been having health challenges for the past three years.

These include undergoing surgery in 2010 to treat a right inguinal hernia that had caused him to cut short performances in Trinidad and Tobago and in the United States because of excruciating pain while on stage.

According to his daughter, fans and well-wishers can send messages to the veteran calypsonian at mightysparrow@gmail.com.