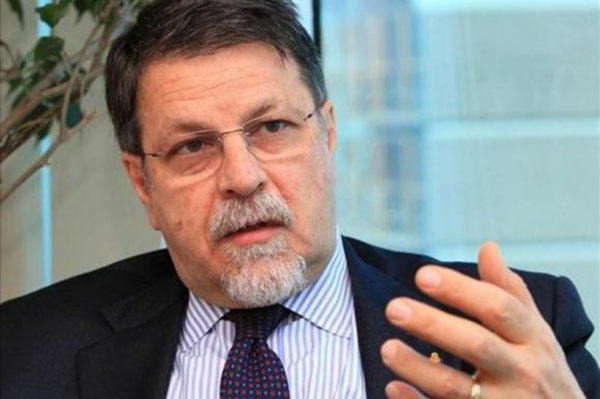 NASSAU, Bahamas CMC – A senior World Bank official has warned Caribbean countries that they need to put their house in order as the United States begins to wind down its “quantitative easing” (QE) stimulus program that has, among other things, lifted stock prices to record highs, driven interest rates to record lows and put a floor under what had been a reeling housing market.

World Bank Vice-President, Hasan Tuluy, speaking at the International Monetary Fund (IMF) High Level Forum here, said that sooner or later, Washington would begin to tapper quantitative earning resulting in “the inevitable adjustment and rebalancing of the portfolios away from developing countries toward the US.

“If we do not get ready today with strong fundamentals, it will put pressure on exchange rates and international reserves especially for those countries with large current account deficits such as those in the Caribbean,” he said where the average is 11 percent of gross domestic product (GDP) as compared to 1.7 percent for Latin America (LAC).

“When QE ends, these adjustments are unlikely to be temporary. Rather, they will reflect a change in the long-term trend. The prospect of increasing cost of financing and declining tail winds, will make a challenging situation even more so.

“Investors are also likely to become more selective and focus on country fundamentals, rewarding those economies that are successful in implementing credible internal reforms,” Tuluy said.

He told the meeting attended by several Caribbean finance ministers, some of whom are also heads of government, that the region’s macroeconomic stability is significantly challenged from the outside.

He said one of the presenters at the conference indicated that openness is positive, and has brought benefits to the Caribbean by way of foreign investment, increased trade and access to financial markets. “But it has also linked the Caribbean economies to those of the Western world, and more recently to China, making them more vulnerable to global financial and economic turmoil.

The World Bank official said Jamaica and the Organization of Eastern Caribbean States (OECS) for instance, experienced contractions of minus 3.1 and 5.3 percent respectively in 2009.

He said only a few countries – the Dominican Republic, Guyana, Haiti and Suriname – were able to get by with a moderate slowdown compared to their pre-crisis growth levels.

“Lack of fiscal space meant that governments were not able to cushion these declines with stimulus programs; and where they did, they did so at the cost of further worsening primary balances and debt.”

Tuluy told the conference that on average, 40 percent of the population lives in poverty in Caribbean countries and that he shared the concern of the Bahamas Prime Minister, Perry Christie, that the young people of the Caribbean bear a disproportionate burden of these shortcomings.

In Jamaica, for instance, 30 percent of young adults are unemployed. Additionally, Caribbean countries are highly exposed to natural and economic shocks.

“Hurricanes, volcanic eruptions, earthquakes, and tropical storms have caused major disruptions and destroyed infrastructure in many countries. These disasters, coupled with governments’ limited resources to respond to shocks have disproportionately affected the poor and most vulnerable,’ Tuluy said.

He told the conference the Caribbean needed to act now to address its internal risks and structural constraints to growth.

“We should be mindful not to focus only on short term actions in response to immediate crisis at the expense of the long term shifts that are needed to change fundamentals. We have to do both.”

He said Caribbean leaders have been clear of the internal challenges that stand in their way – high costs of inputs and productive factors, weak fiscal positions, declining foreign investment, limited access to financial markets, insufficient access and quality of social safety nets, and youth marginalization due to lack of opportunities.

But Tuluy said that these challenges have translated into a major debt problem for many Caribbean countries and there is little disagreement that the debt problem cannot be addressed by a single policy.

“Working with governments and development partners, we identified a Comprehensive Debt Framework, a balanced approach to addressing the high debt burden in a fair way. The contributions of many actors, domestic and foreign and private sector, public institutions, and civil society are needed to succeed.”

He said the World Bank has partnered with countries in the Eastern Caribbean to strengthen infrastructure through a series of projects.

The financial institution currently has US$120 million planned for such investments in Grenada and St. Vincent & the Grenadines, St. Lucia and Dominica, through soft loans and grants from the Climate Investment Fund.

“We have seen early successes in St. Lucia for instance, where such infrastructure investments allowed the country to withstand the passage of Hurricane Tomas in 2010,” he said, reiterating the World Bank’s commitment to assist the region.

But he warned the question still remains whether Caribbean countries can sustain hard won progress and avoid a reversal of past gains in the present challenging global environment.

“The challenges facing us are daunting and time is of the essence. If we are to preserve the gains of the past, secure the future for today’s youth and give a chance to shared prosperity in the Caribbean, we need a coordinated effort to create a virtuous cycle of lower debt and faster economic growth and shift the region’s economic outlook to a more sustainable path,” Tuluy added.