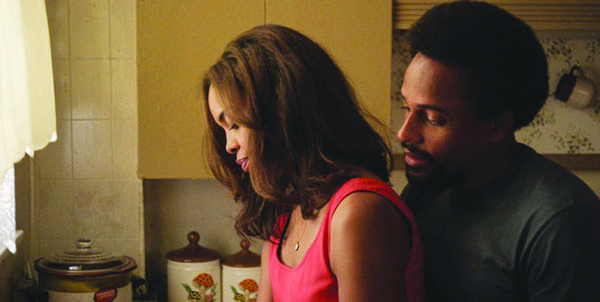 In the film “1982,” director Tommy Oliver tackles the crack-cocaine epidemic in the U.S. in the early 1980s. The film is not so much about substance abuse, but about how one person’s drug abuse affects the rest of the family.

Hill Harper (“CSI:NY”) plays Tim, a devoted family man who adores his wife Shenae (Sharon Leal) and his 10-ten-year-old daughter, Maya (Troi Zee, a young newcomer with a bright future as an actress).

From the opening scenes of the film we realize that all is not well between Tim and Shenae, who is distant and cool toward her husband. An observant Maya notices the rift between her parents and asks whether her mother is having an affair. The problem is not infidelity, but that Shenae has succumbed to cocaine. One day, she packs her bag and leaves home. She returns periodically to look for things in the house she can sell to facilitate her next fix.

On one occasion, Shenae visits on Maya’s birthday and, the next morning, Maya awakens to find that her mother has stolen all her birthday presents.

Tim is shattered by the situation but tries to protect his daughter from the reality of her mother’s drug addiction. In his quest to help Shenae he confronts the local dealer (Wayne Brady, who is quite convincing as the bad guy).

Tim eventually comes to realize that the only way he can help his wife is to cut ties with her altogether, in the hope that she will seek help for her addiction.

Harper delivers a convincing performance as the devoted and caring father and a husband who must watch his beloved wife become consumed by an addiction he is unable to help her overcome.

“1982” chronicles a family’s pain as its members helplessly watch a loved one descend into the hell of addiction. Flashbacks of the family in happier times, presented through home videos watched by Tim and Shenae are juxtaposed against the stark reality of the situation at hand. Yes, “1982” is about a black family, but this story is universal, as many families are faced with situations similar to Tim’s and Shenae’s.

This is the first feature film from Oliver, an African-American who was born and raised in Philadelphia.