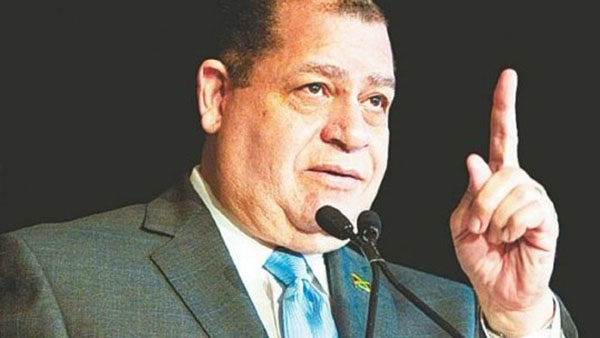 KINGSTON, Jamaica CMC – Audley Shaw, the opposition Jamaica Labour Party’s (JLP) spokesman on Finance, has declared that he is the right man to lead the 70-year-old political party to victory in the next general election.

In an address to thousands of supporters in the central parish of Manchester, Shaw outlined his plans if he takes over the reins of the party.

In the campaign dubbed “Road to Victory”, Shaw argued that the JLP needs a decisive leader and suggested that there should be term limits for leaders of political parties.

“We must introduce term limits for our political party leaders, we must introduce term limits for Prime Ministers of Jamaica, just like abroad, they have two terms and you’re done, there should be two terms in Jamaica as Prime Minister. Step aside and move onto somebody else. And we must make it mandatory that the leader of our party be elected by our delegates and not be anointed by a few leaders in a private room, that can’t work – bring back democracy to the Jamaica Labour party.”

He also called for radical reforms to the structure of the JLP.

“We must reform party financing to spread resources throughout the party for the better management of its affairs. We must have greater representation from our rank and file leaders including councillors and councillor caretakers at the central executive level of our party. We must find room and space to have more of our women and young people becoming candidates for the Jamaica Labour Party across the island.”

Commenting on the Jamaican economy, Shaw called on Finance Minister, Dr. Peter Phillips, not to scrap the Junior Stock Exchange.

“I say to Peter Phillips, I hear that the IMF (International Monetary Fund) wants you to lock down the Junior Stock Exchange, I say to Peter Phillips, don’t do it, I say to the Cabinet of Jamaica, don’t lock down the Junior Stock Exchange, it is a source of expansion and drug creating that is taking place in the economy now and since I established it when I was Minister of Finance,” he said.

Andrew Holness, who also launched his campaign on Sunday, said he is not daunted by the challenge.

He was ushered into the top post in the JLP by members of the party’s parliamentary council when former Prime Minister, Bruce Golding, demitted office in 2011.