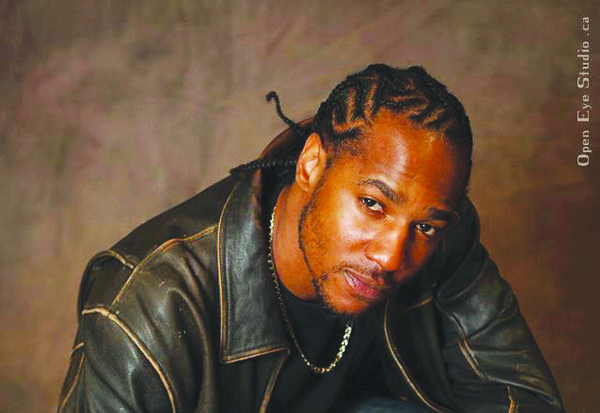 A Canadian rapper, executive producer and poet is using the hard lessons learnt in life to create his music and poetry.

Born in Ottawa, Ontario, David Record, 28, moved to Toronto with his family before settling in Brampton where at the age of ten he was heavily involved in music and rap battles.

Record said he has seen many people give up on life but he can’t live like that so he’s pushing the message of resilience and determination.

The rapper and poet was locked up in jail, stabbed, in hospital for a long time and was confined to a wheelchair. These experiences helped him to chart a positive course in his life.

Earlier this year, Record wrote a book of poetry published by his company and inspired by personal relationships and his philosophy of life.

He said he started writing poetry, first, to his mother whenever it was her birthday and he had no money to buy a gift or whenever she was mad at him for some reason.

He kept the poetry, mainly about love, aside and concentrated more on his music.

On October 5, he will launch his book, Kill Me With Love, at Knowledge Bookstore in Brampton.

By the age of seventeen he surpassed selling cassette tapes of his recorded songs for $5 to selling his own CD mix-tape, “Knowledge” for $10. Many songs off this CD were played on CKLN-FM Radio, which helped to build a buzz around him as one of the upcoming emcees in Toronto.

Record won his first professional Rap Battle at Humber College in front of many by taking down his opponents and collecting $500.

In 2009, he started working with the management of multi-Juno and Grammy award-winning singer, Liberty Silver.

His debut album “Rise Again” was released in 2011 and features Liberty Silver on multiple songs such as “You Are Everything” and “I Got Time”. Record describes the album as conscious with some lessons learnt from hard experiences.

Always one to think outside of the box, Record held his album release party for “Rise Again” outdoors at Square Gardens, Rose Theatre. A Hip Hop act from Brampton had never been held at that location.

Record has also filmed a commercial with international Hip Hop star, Drake, for the MTV Video Music Awards, which gained him much attention.

He also landed a role in the television series, Urban Legends, in which he played a rookie football player on a show “Stranger than Fiction”.

Four years ago, after being released from jail, Record enrolled in MetalWorks Institute where he studied entertainment business management and soon after started his own record company, Rise Again Entertainment Inc.

He also works as an executive producer with a team of in house producers and songwriters.

In August 2012, Record founded the David Record Scholarship Award for the Creative Arts. This $1000 scholarship is granted annually to assist a student enrolled in a post-secondary program that fosters the creative arts and engenders their ability to make a difference in their life and community.

“I want my life to mean something. I want to do great things, to create opportunities and open doors for people” said Record about the reason he started the scholarship.

He said a lot of people helped him to get to this point in his career although when he started out he did not see much support for the arts, in terms of scholarships. Whenever he told people that he was pursuing the arts, they would tell him that he was wasting his time and that he should focus on something else.

At one point he gave up, “got miserable with life” but took the advice of his father to give his best shot to whatever he is very good at – music. He said his mother is just now understanding the importance of this to him.

In March, Record embarked on a tour in the U.K. promoting his hit single, “Submit To Me” and his latest mix-tape, “Step Into Destiny”.

“My musical flow touches on my experiences with self-battles, strife and pain. I exude a conscious vibe that is influenced by my Jamaican roots. The messages in my songs are filled with love and encourage listeners to live righteously. I offer listeners unique compositions that explore topics on love, peace, heaven, hell, dreams and reality,” he says.

“Submit To Me” was recorded, mixed and mastered at Metal Works Studios. The video of the song was broadcast nationwide in Canada through MuchMusic and in the U.K. through Channel AKA.

His latest mix-tape, “Step Into Destiny”, was released in 2013 for promotional purposes while he continues to work on his album. His single, “Under Moonlight” will be released soon.