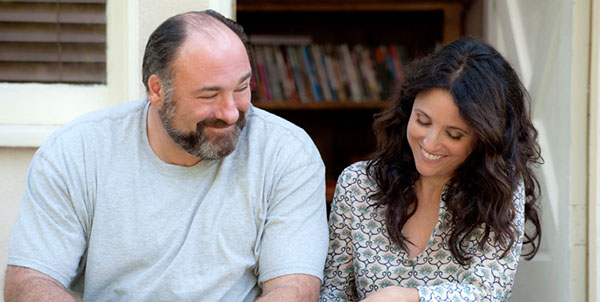 Some audiences at the Toronto International Film Festival last month got an advance look at “Enough Said,” which opened in theatres last week. Directed by Nicole Holofcener (“Friends With Money” and “Please Give”) it is a delightful romantic comedy that presents a love triangle with a twist.

Julia Louis-Dreyfus (whose TV credits include “Seinfeld” and “Veep”), plays a divorced single mother who works as a massage therapist. At a party, she tells a stranger, Albert (the late James Gandolfini), that there is no one at the party she finds interesting. Albert says that he feels the same way. At that same party, Eva meets Marianne (Catherine Keener), a poet, who says she is looking for a masseuse. Eva gives Marianne her card.

So, Eva cultivates relationships with Albert and Marianne. Albert inquires about Eva through a mutual friend and asks her out. Eva finds Albert funny and charming and discovers that she likes him. They have a lot in common. For example, they both have teenage daughters who will soon be leaving home for college.

Meanwhile, Marianne becomes a client of Eva the masseuse. The two women build a rapport and start sharing confidences. Eva mentions the new man she is dating; Marianne describes all the annoying habits of her ex-husband.

It turns out that both women are talking about the same man; Eva is dating Marrianne’s ex. It takes some time for Eva to make the connection. But when she does, she keeps it to herself. Eva would hate to lose her interesting new friend who moves in cool celebrity circles.

The premise is a great set-up for many comic situations as Eva begins to notice all the negatives that Marianne is pointing out. The film is a refreshing and charming take on the budding romance.

Louis-Dreyfus shows that she has earned her extraordinary success on television and that her talent is worthy of the big screen. She plays Eva with her usual comic flare.

Gandolfini, who died suddenly in June, will always be remembered as Tony Soprano, the tough mob boss of TV’s “The Sopranos.” Here, he shows his remarkable range. In Albert, he becomes a big teddy-bear of a character: kind, gentle and funny. A sweet goodbye from a fine actor.