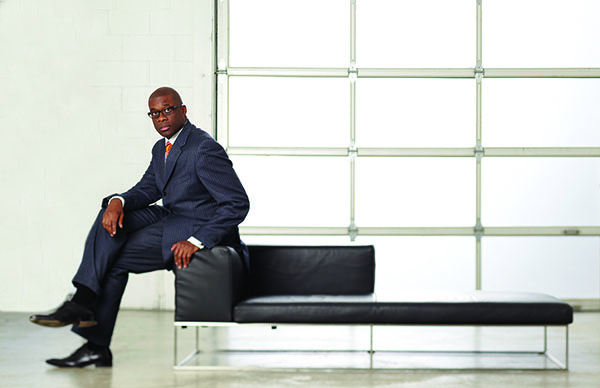 BRAMPTON, Ontario — The province’s new judge appointed to the Ontario Court of Justice, Donald McLeod, who assumed that position on October 2, says the appointment confirms that he is doing good work.

“It sort of puts in perspective where you are amongst your peers, in terms of how you do your work, how well you do your work, how intellectual you’ve been or, at least, seem to be, by the rest of the judiciary. It confirms all of those things and then I guess, (it) is starting me on a journey that I’m now beginning and will see where it takes me,” he said.

Justice McLeod is now in the process of winding down and wrapping up his busy practice, The McLeod Group, Barristers and Solicitors, where he was the senior managing partner. He has gotten lawyers to take on particular cases. The firm focused on criminal law trials and appeals, as well as administrative law.

Knowing from age 10 that he wanted to be a lawyer, at 17, he worked in the mailroom in McCarthy’s one summer and at two other law firms in consecutive years.

In 1992, he was the first person involved in the African Canadian Court Workers Program, which placed him in the courts where he met many judges.

McLeod said he wasn’t a very good student but he always had an aptitude for law, was good at public speaking, and could carry an argument.

He pursued undergraduate studies at McMaster University and upon graduation taught history, math and music for a year at Crawford Academy before entering law school at Queen’s University.

Justice McLeod was called to the bar in 1998 and began practicing criminal law at Hinkson, Sachak in Toronto.

He said, when he left law school, he was in the same chambers with Steve Hinkson, Nadir Sachak and Justice Aston Hall and saw how they conducted themselves. They were very good mentors for him.

Justice McLeod thinks there is a growing need for a Civil Bench and a Bench that understands the various ethnicities that come before it.

“I think that there needs to be an appreciation amongst the Bench for not just a superficial understanding of race and its impact on the judicial system but actually a deeper understanding of how and where race actually intersects,” he said.

He said, for example, that there are traits within West Indians that “we have learned over the years that are not bad but they are our own and so what happens is those traits, that way of interacting with the general society, at times, can be misconstrued by those sitting because they don’t know what the analysis is of what they see.”

The new judge said his mother who left Jamaica for England with a Grade 6 education is an example for himself and his sister who has an undergraduate degree from the University of Toronto and a Masters from Howard University.

Justice McLeod was born in England but he and his sister grew up with their grandmother in Tyre, Trelawny, in Jamaica where he attended prep school before coming to Canada to attend elementary school.

His mother told him that he was head and shoulders ahead of the rest of his class because of how much he had learnt already in Jamaica.

The family initially lived in Regent Park and then moved to Gilder in Scarborough, said McLeod, noting that he grew up in subsidized housing for 75-80 percent of his life until he became a lawyer.

McLeod said, that while he was attending Midland Collegiate high school in the daytime, his mother was enrolled in evening classes there to gain her GED and went back to college in her 50s to become a registered nurse. In England, she had worked as a RNA.

As a result of her persistence, he has coined the catch phrase “excellence without excuses.”

Justice McLeod has been involved in many programs to support youth and African Canadians.

He founded and chairs 100 Strong, an initiative for young and older black men to fund a summer school program for 12- and 13-year-old African Canadian boys.

“Being a man that grew up without my father, I realized the importance of education but also being able to see the unspoken curriculum, I think, within the black community which would be that in order for our young men to be role models they first have to exemplify and see role models. What 100 Strong is, is black men who give at the very least $500, most give more than that on a yearly basis, and that funds a summer school called Strong Academy,” he said.

The academy is taught curriculum and life skills by teachers from the Toronto District School Board.

“The belief is that if we catch men early enough, we can actually change their trajectory,” he said. The idea is that Strong Academy will actually become a school, which can only be funded by Black men.

He co-chairs Stand Up, a mentorship program for boys of all different origins in grades 7-8. It is a one-day seminar in which they meet many people from different careers and backgrounds. All of the mentors are Black which shows another generation of children the sort of level that Black men have aspired to and gotten.

• Successfully argued R v. Golden in the Supreme Court of Canada, 1999, intervening for the African Canadian Legal Clinic (ACLC). It was the case of a young Black man who was strip-searched in public by police officers who were looking for drugs. He argued that there was a violation of young Black males and the dignity that is associated with being male, a young Black male by having such search done in a public area. He argued that this was highly discriminatory against Black individuals and that any abuse of this would be so degrading to Black people that it should never be done. This resulted in the Supreme Court changing the process of how it is that people are searched. The searches were turned into levels with level three being a more intrusive search that could only be done in certain places, certain times after certain information has been garnered by the police. It was no longer a right of first instance.

He also argued the case R v. Hamilton and Mason which put a social context to the fact that many of the people that were bringing drugs into Canada were women who were disenfranchised, marginalized, poor, subsidized, single mothers. The court was putting them directly into jail without taking into effect how easy it was to sort of compromise these normally law abiding individuals and thrusting them into illegal activity.

The case, R v. Cunningham, looked at Black people coming into Canada from Jamaica on Flight 982. He did a survey which found out that Black people were elven times more likely to be stopped and searched at the airport than their White counterparts. He hired a social scientist from York University who put together a survey which involved over 400 passengers. The results ended up making the front page of the Toronto Star on the Sunday before the trial started on the Monday. The trial was subsequently resolved but McLeod thinks that this was, in large measure, due to the social science evidence.

• Successfully argued in 2009 R v. Douse (Brampton Superior Court), a case that had to do with non-conscious racism in the Canadian judicial context. Using scientific data put together by professor Brian Lowery of Stanford University and Scott Wortley of the University of Toronto questions were designed to examine whether or not persons had a bias.

McLeod believes that race has always been something that was intelligent and could always be argued with scientific backing as opposed to just using empirical observation. Over the years, he has always allowed a scientific bent to a racial underpinning that he believes was definitely there within the courts. His endeavor was always to make it more of an issue of science, rather than just saying it.