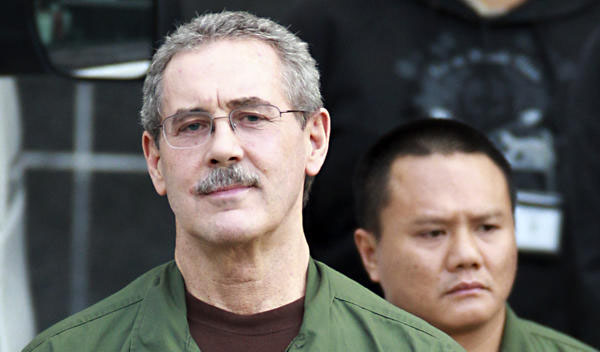 WASHINGTON, D.C. CMC – The United States Supreme Court has begun debate on the reach of the federal securities laws by questioning whether investors can sue law firms and outside companies for their alleged roles in jailed Texas financier, Allen Stanford’s US$7 billion Ponzi scheme.

Stanford is currently serving a 110-year sentence in a US federal prison for masterminding the scheme for more than two decades, offering fraudulent high-interest certificates of deposit at his Antigua-based Stanford International Bank (SIB).

On the first day of its new term on Monday, the US Supreme Court heard arguments in a class-action case that involves investors, who were unable to get their money back from Stanford and his companies.

The investors have filed the suits against law firms, insurance brokers and financial services companies, claiming that those businesses also bore responsibility for the Ponzi scheme.

The suits, filed under state laws, are more welcoming to class actions than federal law, the plaintiffs say.

The justices are debating whether such state suits were proper in view of the Securities Litigation Uniform Standards Act.

Court observers said, based on the 1998 law, Stanford CDs were not “covered securities”.

They also noted that Stanford and his associates had falsely told investors that proceeds from the CDs would be invested in liquid securities and that they were “covered securities”.

Chief Justice John G. Roberts, Jr., among other justices, seemed concerned about the “covered securities” in the Stanford case.

“If I’m trying to get a home loan and they ask you what assets you have and I list a couple of stocks and, in fact, it’s fraudulent, I don’t own them, that’s a covered transaction,” Chief Justice John G. Roberts Jr. asked.

Justice Elena Kagan also asked: “How has this affected a potential purchaser or seller in the market for the relevant securities? And here there’s nothing to say”.

But arguing on behalf of the US federal government and in support of the defendants, Justice Department lawyer, Elaine J. Goldenberg, called for a broad interpretation of the 1998 law.

“A false promise to purchase covered securities using the fraud victims’ money in a way that they are told is going to benefit them is a classic securities fraud,” she said.