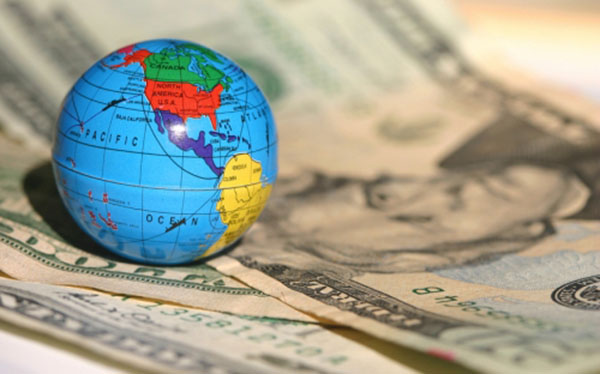 The Uncertain Future Of The World Economy

In this column, Yilmaz Akyuz, chief economist at the Geneva-based South Centre, writes that five years into the global economic crisis, prospects are not bright.

GENEVA, Switzerland (Columnist Service) – Five years into the crisis, growth in the U.S. is still below potential, Europe is struggling to pull out of recession and major emerging economies are slowing rapidly after an initial resilience during 2010-2011.

Longer-term prospects are not much brighter largely because the key problems that gave rise to the most serious post-war crisis – income inequalities, external imbalances and financial fragilities – remain unabated and have indeed been aggravated.

The world economy suffers from an under-consumption bias because of low and declining share of wages in the gross domestic product (GDP) in all major advanced economies including the U.S., Germany and Japan, as well as China.

Still, until 2008-2009 the threat of global deflation was avoided thanks to consumption binges and property booms driven by credit and asset bubbles, particularly in the U.S. and the European periphery.

The crisis has not removed but reallocated global trade imbalances.

Longer-term global prospects depend a lot on the U.S. due to its central position in the world economy and the international reserves system. It is highly unlikely that the U.S. can move to wage-led growth in the near future.

Nor can it shift to export-led growth. This would require, inter alia, exports to grow faster than domestic demand and the share of private consumption in GDP to fall. This is difficult to achieve since for several decades the U.S. has constantly lived beyond its means thanks to its “exorbitant privilege” as the issuer of the central reserve currency.

Thus, a key question is if the U.S. would be inclined to go back to “business as usual” and allow credit and asset bubbles in search of relatively rapid growth. This is closely connected to its exit from the ultra-expansive monetary policy.

Clearly, exit implies not just increased policy interest rates but also the normalization of monetary policy – the federal funds rate to become again the main instrument of policy, a significant contraction in the size of the balance of the Federal Reserve (Fed) sheet and the volume of excess reserves that depository institutions hold at the Fed, and a large shift of the Fed’s asset composition back to short- and medium-term Treasuries.

A strategy that the Fed should gradually exit from the quantitative easing (QE) 3 but maintain low policy rates for several more years in order to support growth and use macro-prudential regulations to limit systemic risks appears to be enjoying considerable support.

However, it may not be easy to engineer such a process without jeopardizing financial and macroeconomic stability. Uncertainty abounds because there are not many historical precedents for exit from extended periods of zero-bound interest rates and QE.

Even a gradual return of the Fed balance sheet to “normal” size and composition may result in a considerable hike in long-term rates even if policy rates are kept low for an extended period. The prospects for exit from the QE3 in the coming months have already pushed up the yield on the U.S. 10-year Treasury bond to almost 3 percent in August 2013 from around 1.60 percent in May.

If concerns about financial instability and the effectiveness of macro-prudential measures come to dominate, the Fed may be obliged to exit rapidly. This would result in a hike in short- and long-term interest rates and give a major shock to the financial system as in 1994.

It would result in slower growth and a stronger dollar. Too rapid an exit and re-pricing of substantially increased stock of debt could even cause a hard landing in the U.S. by leading to large losses for bondholders and depressing private spending.

These dilemmas arise in large part because of excessive reliance on monetary policy to combat recession and the reluctance to use fiscal expansion and debt restructuring to stimulate aggregate demand.

It has been a major factor in the sharp recovery of capital inflows after the sudden stop caused by the Lehman Bank collapse in September 2008.

Many major emerging economies such as India, Brazil, South Africa and Turkey have come to depend on such inflows as their current accounts started to deteriorate. They have invariably welcomed the asset bubbles that such inflows have helped generate and often ignored the financial fragilities caused by increased exposure to interest rate and exchange rate risks by private borrowers abroad.

Such exposures are on the rise since the beginning of 2012. As funds have started to be withdrawn from domestic securities markets, emerging economies have increasingly relied on international debt contracted in reserve currencies, which reached, in net amounts, 600 billion dollars between the beginning of 2012 and mid-2013.

As the Fed has got closer to ending the QE3 and the long-term U.S. rates have edged up, strong downward pressures have started to build up on the currencies, stocks and bonds of several emerging economies such as Brazil, India, South Africa and Turkey, which were widely seen as rising stars only a couple of years ago.

And the longer-term prospects of the eurozone are even less encouraging than the situation in the U.S. Deleveraging and recovery are likely to remain extremely slow in the periphery and many countries cannot expect to recuperate the output losses incurred after 2008 for several years to come. 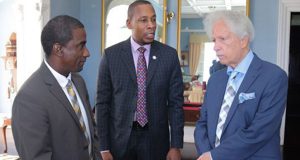