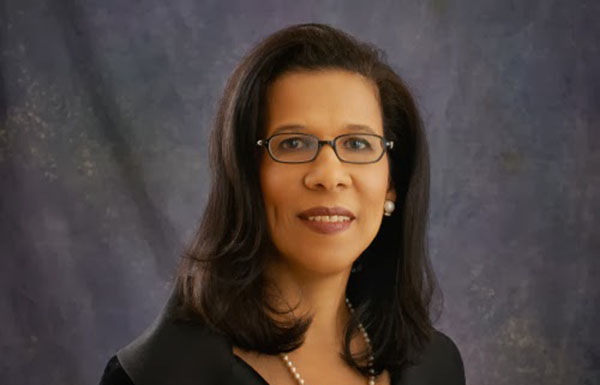 Writing Stories Connects Author To Slices Of Her Life

Writing stories was Cynthia Reyes’ way of stopping everything in moments of her highflying, busy life to document things she deemed important that happened to her.

The former Canadian Broadcasting Corporation journalist and executive producer said she was very busy travelling around the world and making speeches but she would always pause to write a story – something she did for over twenty years – not knowing that years later they would become her new book, A Good Home: A Memoir.

It took her husband, Hamlin Grange, nearly a year to find 50 of these stories on old computers, typed on an electric typewriter, or handwritten and stored in old, faded plastic bags. Reyes and her husband believe there might be another 15-20 stories that have not been found.

Reyes was one of three authors who presented their new books at a literary evening organized by Arts & Culture Jamaica Inc., an organization promoting the rich cultural and artistic heritage of Jamaica, on October 17 at the Jamaican consulate in Toronto.

She said home is not only a shelter but it is a place for relationships, love, and a metaphor.

“It’s what I had to find. I often say that one has to find a way to protect and nurture that sense of home within yourself. So that, wherever you go and no matter how far you might roam from that precious place and precious people and feeling that embodies home for you, that you will always be able to summon up that home within yourself that anchors you and makes you feel sheltered and loved and as if you belong,” Reyes said.

She said that sense of home, what some people call “the true north” results from re-connecting with self, especially in travels far from home.

Eight years ago Reyes was injured in a car accident and after a long while came to the realization that she will probably never walk properly and that she will get worse, not better.

“I have a head injury. I have post-traumatic stress disorder. I have an injured head and neck and body. When you go from being so independent and so in control to realizing that you’re not in control then you have to find something that you can control because so much of what you took for granted is now beyond you. You have to reach inside yourself and find what I call that sense of home. You have to find home,” said Reyes who has lost the ability to stand or sit for long.

She was an outpatient at Toronto Rehabilitation Hospital for two years and still goes there for therapy. She also goes to a see a specialist at Sunnybrook Hospital.

Reyes said there is a program at the hospital that encourages patients to get off narcotics like painkillers. It does not say they should not take them but mentions that there are other tools and techniques, like meditation, that they could use.

She said the process of meditation has forced her to be more present with herself and helped her to accept her situation. Seeing the stories many years later forced her to do a lot of reflection.

Arabella magazine, a publication at which Reyes is a writer, started publishing these stories shortly after Grange found them.

Initially Reyes was hesitant about her stories being published. She did not think that the stories were good enough but after persistent requests from the editor of the magazine, she gave in. The reaction from the readers was immediate.

“It’s been amazing to me to find that stories written all those years ago can have such meaning when published in a magazine today,” she said.

Reyes said her husband just got it into his head that while she was at home convalescing she needed to get some strength from the past, a recurring theme in the book.

She is surprised by the extent to which other people are finding strength and comfort from the book.

Since Reyes and her family moved to the farmhouse, a lot of the people who used to live there and even the descendants of the original people who built the house have visited.

In one of the stories, the grandson of the original builder told them that if his parents and grandparents were alive they would thank them for taking such care of the house.

“My siblings and I can never go back to that little house [a pink farmhouse in Jamaica] where we were so happy but people who used to live here as children, they can come back here and we can help to make them feel welcome,” she said.

A Good Home was launched earlier this year at her church, St. Thomas’ Anglican Church Brooklin, in Brooklin, Ontario.

The book traces the author’s “early life in rural Jamaica, her move to urban North America, and her trips back home, all told through vivid descriptions of the unique homes she has lived in — from a tiny pink house in Jamaica and a mountainside cabin near Vancouver to the historic Victorian farmhouse she lives in today, surrounded by neighbors who share spicy Malaysian noodles and seafood, Greek pastries and roast lamb, and Italian tomato sauce and wine (really strong wine),” reads the back cover of the book.

Although still in treatment, Reyes has several book obligations because book clubs, horticultural societies and libraries are reading the book and inviting her to speak.

She no longer gardens and has to watch Grange, or her brother does it, but she is connected to it through making apple jelly which became part of her therapy, forcing her to be mindful of the task at hand and to stop worrying about the future.

Reyes has also published non-fiction stories in the Globe and Mail and Toronto Life. More than a hundred episodes of her programs have appeared on network television.

She is the winner of national and international awards and acclaim for her work as a television producer, project leader, and public speaker, including the Children’s Broadcast Institute Award, the African Canadian Achievement Award for Excellence in Media and the Crystal Award for Outstanding Achievement in Film and Television.