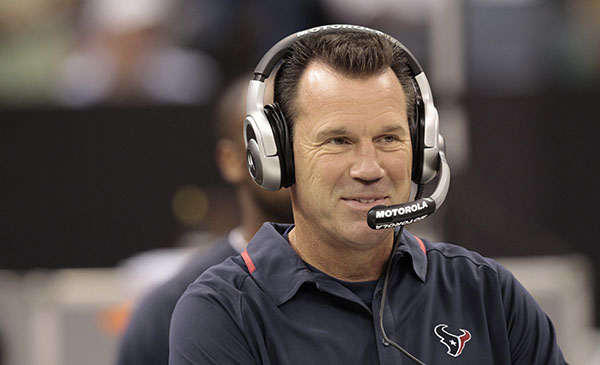 By Marc Sessler
Around the League Writer

NFL Media Insider, Ian Rapoport, reported Tuesday that the Houston Texans coach has been cleared to leave the hospital after he suffered what doctors labeled a mini-stroke. Kubiak collapsed on the Reliant Stadium sideline during halftime of Sunday night’s loss to the Indianapolis Colts.

Kubiak is unlikely to coach this weekend’s game against the Arizona Cardinals, according to Rapoport, but John McClain of the Houston Chronicle reported the long-time leader of the Texans is expected to return in time for Houston’s Week 11 tilt with the Oakland Raiders.

Rapoport reported Monday on NFL Network’s “NFL Total Access” that Kubiak suffered a TIA, or transient ischemic attack, which occurs when a blood clot blocks an artery for a short time and affects blood flow in the brain.

We send our well wishes to Kubiak and his family and hope to see him back on the sideline sooner than later.