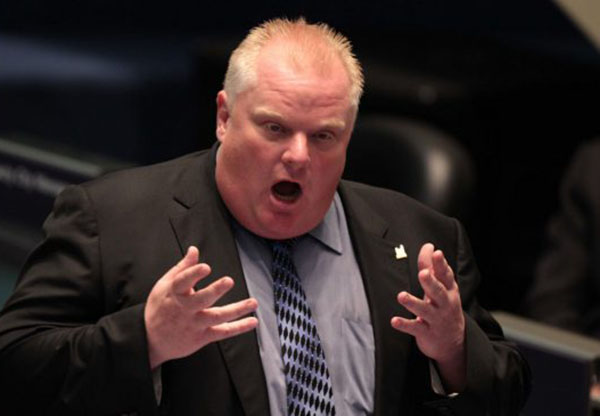 The mayor of Toronto is saying he smoked crack “probably a year ago” when he was in a “drunken stupor.”

Rob Ford’s admission to reporters Tuesday follows months of accusations during which the embattled mayor refused to step down. The allegations that he had been caught on video smoking crack surfaced in May.

“Yes, I have smoked crack cocaine,” Ford told reporters Tuesday outside his office. “There have been times when I’ve been in a drunken stupor. That’s why I want to see the tape. I want everyone in the city to see this tape. I don’t even recall there being a tape or video. I want to see the state that I was in.”

Police said last week they had obtained a copy of the video.