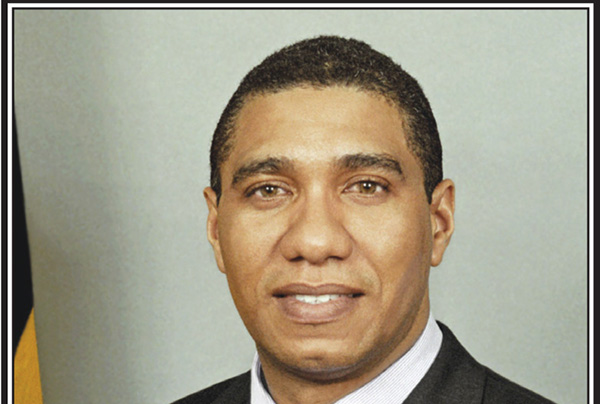 KINGSTON, Jamaica CMC – The main opposition Jamaica Labour Party (JLP) continues to grapple with the fallout from the recent leadership election as two senators, Arthur Williams and Dr. Christopher Tufton, in a surprise move, handed in their resignations at the start of a meeting of the Upper House last Friday.

There had been much speculation that the six other opposition legislators would have followed suit, clearing the way for Opposition Leader Andrew Holness, who won the leadership battle against his former finance minister, Audley Shaw, over the last weekend to make new appointments.

In a statement, Williams sought to explain why he resigned and suggested that the Opposition Leader employed a strategy to secure his resignation from the Upper House.

He said when the JLP senators were appointed in January 2012, Holness, a former prime minister, was “deeply concerned about any of  them departing from the party’s position in relation to the Caribbean Court of Justice”.

The JLP has called for a referendum before Jamaica joins the Trinidad-based court that was established in 2001 to replace the London-based Privy Council as the region’s final court.

Williams said that as a result all the Senators were required to sign undated letters of resignation and a letter authorizing the Opposition Leader to date and submit the letters to the Governor General.

Williams said he did not agree to the request made, last week, for a mass resignation of the opposition senators and that as a result of his refusal, Holness submitted the un-dated letters of resignation to the Governor General although the matter had nothing to do with the CCJ.

“I did not agree because I considered it contrary to every Constitutional principle to resign because of the re-election of a Party Leader subsequent to a challenge to his leadership.

“That the Opposition Leader has used those letters for these purposes and unconnected to any issue with the Caribbean Court of Justice, is a choice that he has made, but is one that in the interest of our constitutional arrangements, should be closely examined,” he said.

The governing People’s National Party (PNP) prefers having the CCJ as the island’s final court replacing the London-based Privy Council, through a special vote in Parliament.

Defence attorney Bert Samuels, on Monday,  described the undated letters of resignation as having a guillotine over the heads of the legislators and brings into question their contribution in the Upper House.

Samuels told radio listeners that he was not concerned about the use of the letters but the fact that they exist and set a dangerous precedent if it appears that legislators are appointed with the expectation of backing their party’s view on issues.

“I would hate to be in court or in the Senate with any kind of threat over my head, that if I don’t carry the position in a certain way, I may lose my job. I don’t think that’s what the Senate is about in terms of deliberating on laws,” he added.

Holness met with several JLP delegates, on Sunday, in what has been described by the party’s secretariat as the first phase of restoring unity in the JLP after cracks emerged in the lead up to the November 10

“The party has to move pretty aggressively to pull the delegates together and worker base… to ensure that there is unity and fitness of purpose,” said JLP general secretary, Dr. Horace Chang, adding that several events have been planned for the upcoming weeks in a bid to unite the party.

“That is the extent of (our plans) over the next few weeks across the island, so we can send a clear signal that we are one going forward as a team. The healing is critical at this point to ensure that we are ready for any eventuality in a short time.”

Holness also told party supporters that those who failed to unseat him as leader must, sooner rather than later, acknowledge and respect the mandate given to him by the delegates.

“Once you have given the mandate, I can’t stand around and allow people to disrespect that mandate that you have given…So what you will be seeing, going forward, is a decisive but just leader.

“At some point in time, preferably sooner than later, there must be a submission to the will of the people,” he said, adding “ I have to act very quickly, to ensure that our friends and colleagues move quickly, themselves, to acknowledge and respect the mandate given by you the delegates,” he said. “The quicker we get that out of the way, the better it will be.”

Chang said, the JLP would also focus its attention on addressing concerns regarding the delegates’ list used in the election earlier this month.