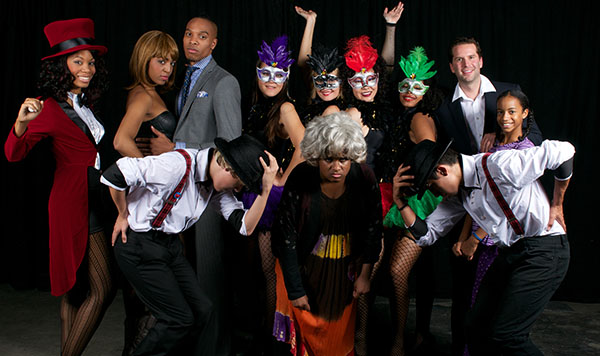 Fine theatre is integrated throughout the social fabric of Toronto. On any given night of the week, playhouse patrons can find stages wooing them to witness art take life. The latest thread being weaved into that rich tapestry is the new musical, Pieces of Me, written and directed by Deon Denton, Artistic Director of Promise Productions.

In speaking with Denton, it is clear that if only one thing will propel this play, it will be her determination. She is determined to not only see this play and her company Promise Productions succeed, she is also determined to spread a message of hope.

In a city with no scarcity of theatres, Denton has chosen Theatre Passe Muraille – “Canada’s oldest alternative theatre” – to host the two weeks of performances. It is fitting that the space which is, “the theatre without and beyond walls and boundaries”, and entrenched in Canadian theatrical history, should be home to this swelling cast and crew. With a mandate to “develop and produce innovative and provocative Canadian Theatre,” Theatre Passe Muraille has once again hit the target.

The play’s press release says it will present, “An intimate portrait of a beautiful couple celebrating the perfect life and marriage, but up close the portrait is riddled with flaws and deception. Pamela is overcome with restlessness, secretly yearning for her former life.

Her husband Parker, unaware of her discontent, works hard to secure their future until he is confronted with a secret from her past that threatens to shatter their world and destroy everything he believes to be right.”

Interested in experiencing the play for review rather than reading what was so succinctly presented by the media/communication arm of Promise Productions, this writer was graciously welcomed to sit in on dress rehearsals.

What makes Pieces of Me powerful is the simplicity of its premise. The play examines the age-old question, “Who am I?” It would be a mistake to see this performance with the assumption that only a single player is more than what they seem. Ms. Denton has created dimensional characters that transcend the theatrical to meet the audience in the reality of life’s challenges and triumphs. It is easy to suspend disbelief when a well written script meets superb acting and is augmented by direction akin to military precision.

With Denton being involved with theatre for over two decades, the quality of this production is of no great surprise. What is surprising is that she has managed to keep her talents subdued for so long. It is true however, that no playwright can adequately give birth to greatness without labourers. Pieces of Me has garnered the talents of industry professionals to create an excellent synergy of acting, music, dance and costume. 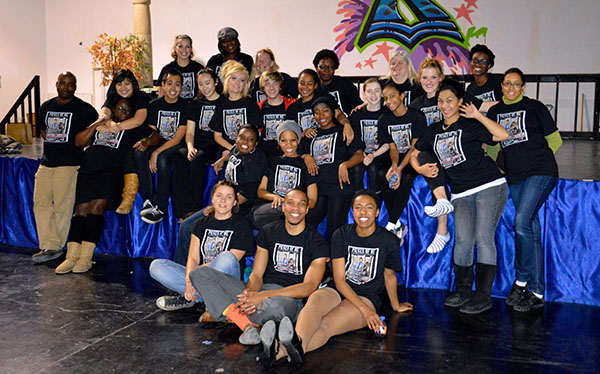 Lead actress is Shahi Teruko (Canada’s Got Talent; Buddy: The Buddy Holly Story, Randolph Theatre) as Pamela, the proverbial tortured soul. In searching for her identity, Pamela finds more than she expected. Teruko embraces the role of Pamela with the ease of a seasoned thespian. Having performed for 16 years, the young actress says the protagonist role is, “A challenge I gratefully accept.” We are glad she did.

Playing beside her is lead actor Sheldon Neil (Sheldon Neil’s Culture Shock; George Stroumboulopoulos Tonight) as Parker, a man on the rise and falling down. Striving for security, the oblivious professional may very well lose his very sanity. Neil delivers a performance filled with raw emotion. He points out that the performance is, “Very mental.” With 6 years of performing under his belt, Neil says identify with and best portray Parker, he is, “Drawing on real emotions.” It works.

The chemistry between these two lead characters is evident and electric. Through that spark the voices heard and actions witnessed ceases to be those of actors and are transformed into real individuals – Pamela and Parker.

The costumes of this play tell the story of the character. Each piece marries beautifully with the intended purpose of the scene. And just as the play promises, sometimes you are surprised. What is refreshing is to see costumes that flow well with the choreography of a musical.

Dance routines in this particular musical are not to be ignored. Professionalism is the key word when speaking about the gyrations and crisp lines delivered by the cast. As for me, they could dance all day. Its melange of dance and music is breathtaking.

As with any musical, it is often a challenge to adequately interlace music into dialogue. That is not the case here. The original musical score manages to both tell the story and pay homage to a wide cross-section of genres. You will hear everything from Gospel to Reggae and everything between the two.

Musical Arrangement is by producer, composer and Maja Gospel Award winning musician Robert Chambers with Choreography by Nicole Hamiliton of Inica Dance Industries. Lighting and Sound Design is by Adam Hale with Costume Design by Janine King and Set Design is by Harry Dieu. Production Manager is Gerrick Denton. Hair and Makeup by Helen Concepcion, a.k.a. Ms. Concepcion and Stage Manager by Ivana Kragić.

This musical is a theatrical experience not to be missed. Regardless of artistic tastes, I dare say audiences will be thrilled with this offering.

Pieces of Me will play at the Theatre Passe Muraille Mainspace, 16 Ryerson Avenue, Toronto from November 20-30, 2013 Tuesdays through Saturdays at 7:30pm, matinees Saturdays at 2pm.