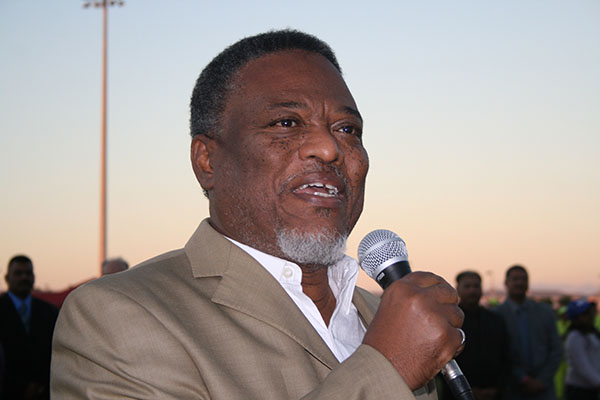 Guyana Wants Holistic Approach To Crime Challenges In The Region

GEORGETOWN, Guyana CMC – Guyana has called for a holistic approach to dealing with crime and security matters in the region warning that failure to do so could seriously harm Caribbean economies.

Programs implemented under the Caribbean Basin Security Initiative (CBSI) are being evaluated at a meeting which ended on Tuesday.

The fourth Meeting of the CBSI Commission is also discussing future projects to be undertaken through the security cooperation initiative that brings together the United States, the Caribbean Community (CARICOM) countries as well as the Dominican Republic in building the capacity of law enforcement agencies as well as focusing on projects targeting youths at risk.

The meeting here is a precursor to the upcoming Fourth Annual Caribbean-United States Security Cooperation Dialogue to be held in Washington on December 5-6.

In his address to the conference, Prime Minister Sam Hinds said, that Caribbean countries were faced with crime and security challenges that require collaborative efforts to address them.

He said, these include increasing propensity of the involvement of young people in crime and deviant behaviour, proliferation of firearms trafficking and smuggling in the region, tendency of people to engage in violence to resolve difference, rise in gun related crimes in the region, difficulties posed by the drug trade and its spinoffs, cyber-crimes, gang-related violence, and the challenges posed by human trafficking.

“The government of Guyana is convinced that the crime and security challenges that face all of us demand that a holistic strategy should be employed to address them.

“If we as a region are to continue to develop to and enhance the wellbeing of our citizens, then we must, as a matter of necessity, take all steps to reduce crime and improve security in our countries. If we fail to take action, we will not be able to sustain and grow our economies,” he said.

Hinds warned that criminal network globally had taken on a new level of sophistication that warrants appropriate law enforcement responses and that it was apt that one of the main objectives of the CBSI is capacity building and strengthening of institutions to effectively combat all forms of crime.

“The government of Guyana is steadfast in its view that we in this region will never be able to solve our security challenges in isolation, because some of the factors that contribute to our difficulties are in some instances, influenced by events outside of our borders.

“Therefore, with globalization of all aspects of our lives, we would have to, as a matter of practicality, work together to solve our crime and security problems,” he added.

US Ambassador to Guyana, Dr. Brent Hardt, said, that over the past four years, the CBSI has emerged as a genuine partnership among 14 nations, each bearing responsibility for ensuring progress towards the collective goals and objectives.

“At the end of our gathering tomorrow, we hope that all participants will be able to return home with renewed commitment to the CBSI partnership and renewed belief that we can together enhance the safety and security of our citizens through cooperation, creativity and perseverance,” Hardt said.

Permanent Secretary in the Ministry of National Security of St. Kitts and Nevis and Co-Chair of the CBSI Commission, Astona Browne, said that this was a milestone event on the journey of security partnership. She said that significant strides have been made in advancing the implementation of mechanisms that are designed to fulfill the objectives in the CBSI’s plan of action.

“Crime prevention and detection initiatives must be informed by the priorities that are encapsulated by the strategic goals of the region’s security strategy and which continue to guide our policy decisions,” Brown maintained.

She added that in light of the changing global security landscape, the onus is on all to institutionalize the requisite policies in the face of new and emerging threats that can jeopardize global peace, citizens’ safety and wellbeing and economic prosperity.

The CBSI came out of the Fifth Summit of the Americas, the brainchild of US President Barack Obama. It was formally launched in May 2010. It is a joint venture built upon a dialogue in order to identify areas where cooperation is needed, particularly as it relates to security in the region.