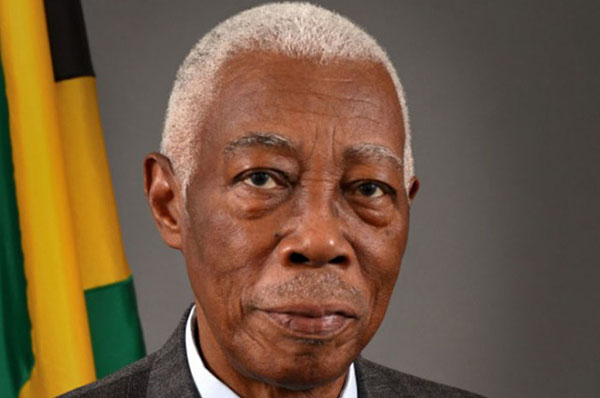 KINGSTON, Jamaica CMC – Jamaica has requested talks at the foreign minister level with Trinidad and Tobago in a bid to deal with an immigration issue that has so far resulted in a number of nationals being refused entry into Port of Spain.

Foreign Affairs Minister, A.J. Nicholson, said he had invited his Trinidad and Tobago counterpart, Winston Dookeran, for a visit before yearend to discuss the situation.

In a statement, Nicholson said “the number of Jamaicans being returned from Trinidad and Tobago had generated considerable public outrage and had the potential to undermine confidence and diminish goodwill on the part of many Jamaicans towards Trinidad and Tobago and the wider regional integration movement.

“I believe that our personal intervention and collaboration can go a far way in bringing this issue to a speedy and successful conclusion,” Nicholson said, adding “this is of the utmost importance as a regional integration movement which does and is perceived as protecting and advancing the interests of all sides is vital to the progress of our regional enterprise.”

Media reports had indicated that the 13 Jamaicans were denied entry into Port of Spain on Tuesday last week and deported to their homeland the following day after being detained.

The Trinidad and Tobago Ministry of Foreign Affairs said it “has been advised by the Chief Immigration Officer and has contacted Her Excellency Sharon Saunders, High Commissioner for Jamaica who has been provided with information regarding the matter”.

The Ministry of Foreign Affairs here has since issued a warning to Jamaicans travelling to Trinidad and Tobago saying it was also “concerned at this development and continues to interface with the relevant authorities in Trinidad and Tobago on the matter particularly in light of the Shanique Myrie ruling by the Caribbean Court of Justice”.

The CCJ earlier this year ruled that Barbados had breached the right of Myrie when she sought entry into the country in 2011, but stopped short of awarding the one million Barbados dollars in compensation she had sought.

Myrie, 25, had been granted leave by the CCJ to file the action, alleged that when she travelled to Barbados on March 14, 2011 she was discriminated against because of her nationality, subjected to a body cavity search, detained overnight in a cell and deported to Jamaica the following day.

Myrie also claimed that she was subjected to derogatory remarks by a Barbadian Immigration officer and asked the CCJ to determine the minimum standard of treatment applicable to CARICOM citizens moving around the region.

Jamaica said it was urging nationals who believe their rights under the CARICOM Single Market and Economy (CSME) regime have been breached, to make a report to the nearest Jamaican High Commission or the Ministry.

The government said that to date only a few Jamaicans have filed reports in relation to the recent incidents in Trinidad and Tobago and implored citizens, whenever they are detained or refused entry to a country, to immediately lodge a written report with the Immigration Authorities processing them or with the Ministry on their return to Jamaica.

“Anecdotal reports alone are not sufficient to allow the Ministry to effectively represent the interests of Jamaicans who believe their rights have been infringed,” the Ministry of Foreign Affairs said.

Nicholson said the meeting with Dookeran would also address other matters related to the CSME that allows for the free movement of goods, skills, labor and services across the region including the activation by Trinidad and Tobago of all 10 categories for movement of skills; the perception of profiling of Jamaicans travelling to Trinidad and Tobago; the right of nationals to contact their consular authorities upon being denied entry and the obligation of the immigration officials to facilitate communication.