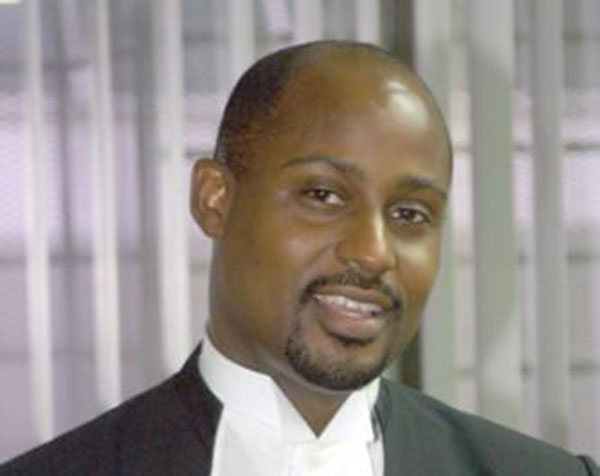 PORT OF SPAIN, Trinidad CMC – Justice Geoffrey Henderson has been elected as a judge of the International Criminal Court, according to a statement issued by the Ministry of Foreign Affairs here on Saturday.

It said that Henderson, a former director of public prosecution with 24 years experience in the criminal justice system, was the island’s candidate at the ICC’s 12th session of the assembly of States Parties to the Rome Statute.

“Mr. Justice Henderson’s candidacy was approved by the Assembly of States Parties in the first and only round of voting, and he secured 98 votes out of a maximum 99 votes (with 1 abstention), easily surpassing the two-thirds majority required for election whilst drawing support from all regions of the world,” the statement said.

The statement said that his candidacy was supported by Caribbean Community (CARICOM) member states of Belize, Dominica, Grenada, Guyana, St. Lucia and Suriname. It said that Uruguay had withdrawn its candidate earlier this week.

The Ministry of Foreign Affairs said that apart from his impeccable credentials the election of Justice Henderson “is a fitting tribute to the consummate efforts of former President Arthur N.R. Robinson in promoting the creation of a Permanent International Criminal Tribunal on the international agenda, and is ample indication of the deserved esteem in which Trinidad and Tobago is held by the international community.

Henderson will serve the unexpired portion of the term made vacant as a result of the resignation of another Trinidad and Tobago judge, Anthony Carmona, who has since been elected head of state.

Justice Henderson’s term of office will expire on March 10, 2021.