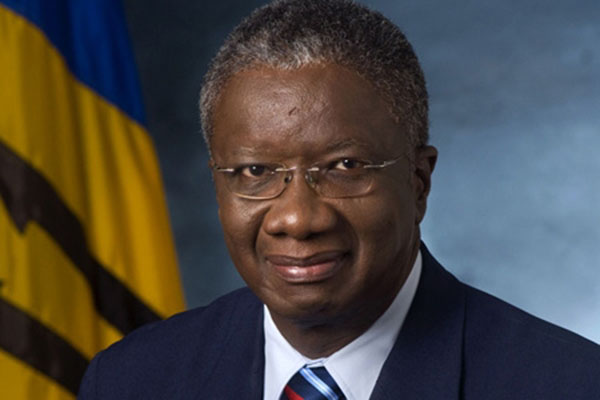 BRIDGETOWN, Barbados CMC – Barbados marked its 47th anniversary of political independence from Britain with the traditional military parade, honouring its nationals and the politicians providing different insights into the island’s socio-economic progress over the years.

“The strength of the national character has been tested frequently over the years but we have always satisfied the requirements of those tests,” Prime Minister Freundel Stuart said in his Independence Message to the nation, recalling that just 10 months ago, the island demonstrated to the world its maturity by holding free and fair elections.

“There are many nations older than ours in which democratic procedures are still trying to find a comfortable place,” he said, acknowledging that the global economic crisis has had a severe impact on the island.

“The world has not yet been able to recover from the effects of this stubborn downturn and Barbados, like most other countries, continues to be negatively affected,” Stuart said, noting that the economy, which depends primarily on tourism, international business and financial services and foreign direct investment for its sustenance, was still struggling.

“It is foreign exchange and taxes earned from these sectors that enable Barbados to meet the needs of its citizens. As a result of the still continuing downturn, there has been a fall-off in demand for the services which we export.”

But he said Barbadians have had to deal with such a situation before and was confident that the country, as it had done in the past would emerge with the national character strengthened and intact.

“We did not allow Barbados then to descend into destructive and suicidal disharmony. We came together as a people across partisan, racial, class, and every other kind of divide and stood up for Barbados as a nation. We prevailed.

“The present challenges require a similar response from all of us. If we try to meet our challenges individually and separately, we are foredoomed to perish together. A united response is called for in our present circumstances. No other kind of response will meet the needs of this moment.”

Prime Minister Stuart said despite the socio economic problems, the island still rated high on the United Nations Human Development Index and was still one of the most stable democracies in the world.

“We are still one of the most literate countries in the world. We are still viewed as a slice of paradise by the overwhelming majority of people who come to our shores whether to holiday or to invest. Our present challenges represent a moment in time. Worrisome though these challenges may be, let us not mistake what is a moment in time for eternity.”

He told Barbadians that independence had never promised to be easy.

“We always knew that we would have to face daunting challenges and make difficult choices. But we trusted our faith and our resilience to help us to answer the summons of history when it has called on us to stand up for Barbados.”

But opposition Leader, Mia Mottley, said there were many unanswered questions as the country moves towards the 50th anniversary of its political independence.

“Are we happy about the way our island now works? Are our traditional values of thrift, hard work and neighbourliness still relevant, appreciated or practised? Are we satisfied with the type of service that we give to each other and to visitors to our shores?

“As a people have we truly grasped the opportunities provided by free education? Are we giving our people the opportunity to take their ideas and bring them to fruition on merit without having to know someone to ‘call a shot for you’? Have we become complacent about our progress as a country?”

She said after 47 years of Independence “we find ourselves in an unaccustomed position, facing the uncomfortable possibility of losing control of the decisions that will affect all of us today and our children tomorrow.

Dr. Carmichael, 68, an attorney, pioneered the development of Barbados’ international business sector, domestic and international charities and environmental law, among his many achievements that also included serving as a legislator and sitting on the Legal Affairs and Properties Committee of the International Council of Museums in Paris, France. He has recently retired Chairman of the Duke of Edinburgh International Award World Fellowship.

Professor Hassell, 73, served as a Consultant Physician and Cardiologist for many years at the Queen Elizabeth Hospital and held several senior positions at that institution, including Founder and Head of the Cardiac Unit, Head of the Department of Medicine, and Director of Medical Services.

He was appointed as an Adjunct Professor of Medicine, at the Cave Hill campus of the University of the West Indies (UWI).

In 1996, Professor Hassell was appointed to the Order of Barbados in the Grade of Gold Crown of Merit in recognition of his outstanding contribution to the medical profession and in particular to the Cardiac Unit at the Queen Elizabeth Hospital.