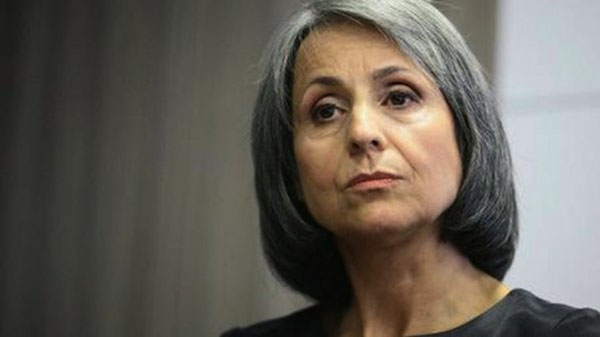 PARAMARIBO, Suriname CMC – The Vice President of Bulgaria has ordered a probe into what could be a passport scam in which a website that offers Bulgarian passports for US$5,900.

Vice President, Margarita Popova, has stated that while it is “probably nothing more than a perverse scam” she has instructed security services to investigate.

The site, www.diplomaticsecondpassport.com, was discovered by Bulgarian journalist Ivan Dimov investigating people who slip into his country with false passports.

“I had never before heard of Suriname. When I told the Vice President about it she was shocked. They are looking into it, but the problem is that Bulgaria and Suriname have not established direct diplomatic relationships,” Dimov said.

The website makes big promises in return for the US$5,900. “Through our contacts in Sofia (Bulgaria) we are able to arrange legal residency in Bulgaria within 30 days. Full citizenship and passport can be arranged within 90 days,” it says, also offering entire family packages with the requirement of 30% advance pay. Payment is to be made to Filho and Carvalho Immigration Consultants, whose office is at Gompert Straat in Paramaribo.

Joint investigations by Dimov, the English language Suriname website, DevSur, and journalist, Tom van Moll of Suriname daily, De Ware Tijd, showed that although the address is fake and the phone number is unlisted; it used to belong to a well-known hotel chain in the country.

There was also no registration at Suriname’s Chamber of Commerce and Industry for Filho and Carvalho Immigration Consultants. The site itself is registered with a hosting company in Kirkland, Seattle, USA.

But while it remains unclear who runs the website, emails do not go unanswered.

“The letter signed by Roberto Carvalho confirmed the offer within an hour,” said Dimov, showing that the company offered a 20% discount on orders paid online with e-currency. The company also offers Irish and Brazilian passports.

Dimov said any offer like this for a Bulgarian passport can be considered bogus, because passport arrangements are only possible when approved by a member of government and when the Vice President of the country believes the applicant is of great importance to Bulgaria. “Usually this applies to sportsmen, musicians and scientists; and then there is no guarantee that they can get a Bulgarian passport the vice president Margarita Popova told me,” he said.

Suriname’s Foreign Affairs Ministry has so far refrained from making a statement about the issue, but sources who preferred anonymity say the fact that an address in Suriname is being misused for cybercrime does cause worry.

For Bulgaria the site is also a cause of concern; one of the youngest members of the European Union the country is often chided for supposed inability to curb illegal migration. People who hold a Bulgarian passport may travel and work in any EU country. Dimov said many Macedonians and Serbians are caught with Bulgarian passports.

And in Suriname, though it seemed obvious to many that the website was but a scam, the fact that someone chose Suriname as the location to offer Bulgarian passports from, was still viewed as something that could tarnish the country’s image; especially in light of recent news that Dino Bourterse, the son of President Desi Bouterse, had offered fake Surinamese passports to DEA agents posing as members of terrorist group Hezbollah.