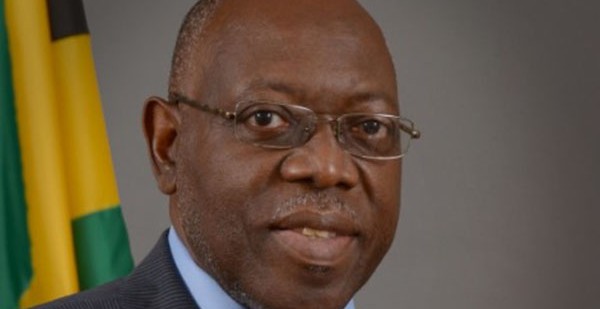 Jamaica Health Minister Supports Use Of Marijuana For Medicinal Purposes

“Jamaica can’t lock off itself from the rest of the world or the research findings that are available, that is pointing to a significant number of elicits that medical marijuana is responding to, so I want that to be very, very clear, that when it comes to medical marijuana, I am fully on board,” he said.

Speaking at the Rotary Club of St. Andrew, Fergusson, who is leading a campaign to ban cigarette smoking in public areas, said that the smoking of marijuana, is “bad”, and with marijuana, “the Tetrahydrocannabinol (THC) is the critical addictive substance.”

There have been recent calls from various Caribbean countries for the use of marijuana for medicinal use and earlier this year, Caribbean Community (CARICOM) leaders discussed the issue, deferring any position until a later date.

Ferguson said that the recently imposed ban on smoking in specified public places was the most far-reaching public health policy in decades.

“What you will see from these regulations within another couple of years, as happened in Northern Ireland, which was the first to have a ban on smoking in public places, is less strokes, less heart attacks, and less asthmatics,” he said.

He said there had also been a 20 percent reduction in asthmatic admissions to hospitals since the imposition of the no smoking policy in specified public places.

Dr. Ferguson said that the country spent billions of dollars annually to address the ills caused by tobacco smoke, and pointed out that the direct and indirect cost of tobacco use and exposure is estimated to be between US$750 million and US$1.3 billion.

He urged Jamaicans to continue supporting the ban as well as to embrace healthier lifestyle practices, in order to significantly reduce cardiac-related illnesses and other non-communicable diseases (NCDs).

Fergusson said that the regulations were put in place to protect the country’s workers, non-smokers, the nation’s children and smokers themselves.

Dr. Ferguson also pointed out that one of the main goals of the government is to reduce by 25 percent, the number of avoidable deaths related to non-communicable diseases by 2025.

He said the implementation of the Public Health (Tobacco Control) Regulations 2013, which was imposed on July 15, was in keeping with the government’s 2013/14 strategic priority focus on human capital development in relation to health care.

The tobacco regulations outline places where smoking is prohibited, such as all enclosed places, public transportation, workplaces, government buildings, health facilities; sport, athletic and recreational facilities for use by the public; educational institutions; areas specifically for use by children, and places of collective use, such as bus stops.

There is also the requirement of the use of large, graphic health warnings on tobacco products, instead of the text only warnings currently used.

The 2010 Global Youth Tobacco Survey, undertaken by the National Council on Drug Abuse (NCDA), indicates that just over 40 percent of young people, aged 13 to 15 years, have smoked at least once.