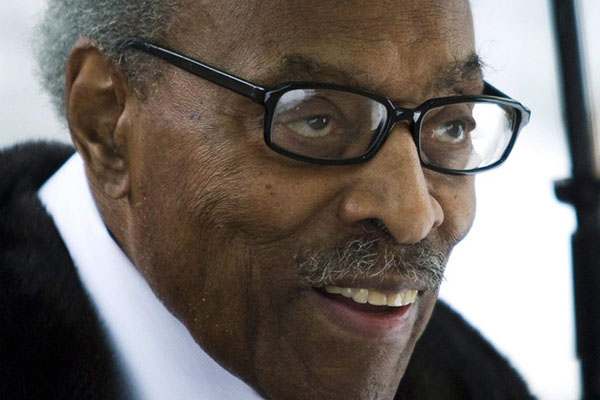 “I want to thank my colleagues and friends, Bas Balkissoon and Paul Miller, for agreeing to co-sponsor this Bill and for their work to ensure its passage,” Mr. Arnott said after the Bill had passed.

“Working together, all parties in the Legislature have given Lincoln Alexander the acknowledgement he deserves.”

“I do not consider this to be my bill; instead, it is our bill,” Mr. Arnott told the Legislature before the bill passed. “If passed by the House today, every member of provincial Parliament who supports it can claim some measure of ownership and, at the same time, demonstrate that we can work together across party lines…”

In a rare occurrence, Bill 125 passed Second and Third Reading in the Ontario Legislature on the same day; this required the unanimous consent of all MPPs.

“We worked hard to get this bill passed,” said Mr. Arnott. “I want to thank all the MPPs, the three party Leaders, and House Leaders, especially Jim Wilson, for their support.”

“Today, the Ontario Legislature speaks with one voice, and we say to the Honourable Lincoln MacCauley Alexander: ‘Well done’,” Mr. Arnott concluded.