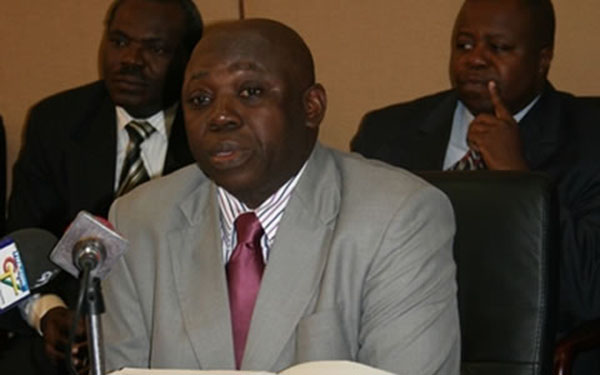 Mandela died last Thursday, and a memorial service for the 95-year-old anti-apartheid icon was taking place in his country on Tuesday, ahead of his private burial on Sunday.

Delegates attending the 98th Session of the ACP Ministerial Meeting, observed a one-minute silence in honour of Mandela and South Africa’s Ambassador to the ACP, Mxolisi Nkosi, responding to the tributes, said South Africans have overcome their grief.

“The mood in South Africa right now is celebratory. Our people have come out in their numbers to pay homage and honour their fallen hero in the best way they know how, through song and dance. They have vowed to preserve Nelson Mandela’s legacy by steadfastly promoting freedom, justice and equality for all,” he said.

He reminded the conference that it was under Mandela’s “watch and guidance” that South Africa assumed the membership of the ACP group in 1996.

“By presiding over the integration of South Africa into organizations of the South, President Mandela firmly established the country as a member of groupings of countries bound by a common history and destiny; countries who bore the brunt of the trilogy of centuries of slavery, colonialism and neo-colonialism.

“Not surprising therefore that then, as now these countries face major development challenges which manifest in poverty, underdevelopment, and disease,” he added.

ACP Secretary General, Alhaji Muhammad Mumuni, said during the past year, the ACP, like many developing countries, found themselves in a global environment characterised by slow recovery and protracted risks in terms of possible relapse back into recession.

He said global growth stood at 2.5 percent in 2012 and as 2013 comes to a close, the International Monetary Fund (IMF) was projecting global growth to improve marginally to 2.75 percent.

But he said while China and other members of the so-called BRICS countries – Brazil, Russia, India and South Africa -underwent a marked slowdown for much of 2013, the Euro zone, the principal trading partner of the ACP countries, continues to face major fiscal challenges with growth remaining at a very weak 0.5 percent.

“For us, an economically vibrant and prosperous Europe is of vital importance. Only a strong Europe can be a partner of progress with the ACP. We therefore continue to urge Europe’s leaders to double their efforts in finding a way out of the current situation and to bring the world’s largest economic and trading block back into the path of sustained growth.”

He said the prospects for ACP countries, on the whole remain positive.

“However, growth prospects would have been better were it not for the reduction in remittances and income from tourism due to the slowdown in the United States economy,” he said, noting that in the case of the Pacific Islands, economic growth was a more modest 2.2 percent and projected to reach 2.5 percent in 2014.

The African region has shown strong performance during 2013, with growth averaging five percent and projected to reach 5.9 percent in 2014.

But he said even as the ACP countries move to consolidate their democracies and economic well-being “we have to underline the fact that poverty remains a nightmare that refuses to go away”.

He said youth unemployment, in particular, remains a major challenge, as does the scourge of Climate Change and its attendant effects.

“It is clear that transformational leadership, aided by the precepts of good governance and effective institutions — with support by our international development partners — will continue to be essential in building the foundations for long-term prosperity in our nations.”

In his address, President of the ACP Council, Tuilaepa Fatialofa Lupesoliai Sailele Malielegaoi, called on the European Union to “to work more closely with the ACP in identifying our real needs and priorities” under the programming phase for the disbursement of the 11th European Developemnt Fund (EDF) resources.

“The accumulated experience of the last half century of international development cooperation makes it abundantly clear that ownership is a key ingredient of successful economic partnership for development,” he told the opening ceremony.

But he said there was also need for the EDF project cycle to be streamlined to make it less cumbersome.

“Whilst we must compromise on due process, it is crucially important that procedures are not as complex as to discourage beneficiaries. It is therefore vital that we work together with our European partners in identifying areas where there are major difficulties and suggest ways by which aid resources can more quickly and more efficiently reach those sectors that need them the most,” said Malielegaoi, who is also prime minister of Samoa.

The two-day meeting will discuss several items including the status of the negotiations for an Economic Partnership Agreement (EPA) with Europe, the Ambassadorial Working Group report on the future perspectives of the ACP group, as well as the status of the trade relations with Europe on sugar, bananas and cotton.

The budget for the ACP secretariat would also be discussed with Mumuni and others urging countries in arrears to meet their obligations.

The conference was also informed that the building which now houses the ACP Secretariat no longer “fits our needs as a forward-looking international organization” and according to Mumuni “our European partners have approved the sum of Euro 18 million (One Euro =US$1.29 cents) towards a more befitting edifice for the ACP”.