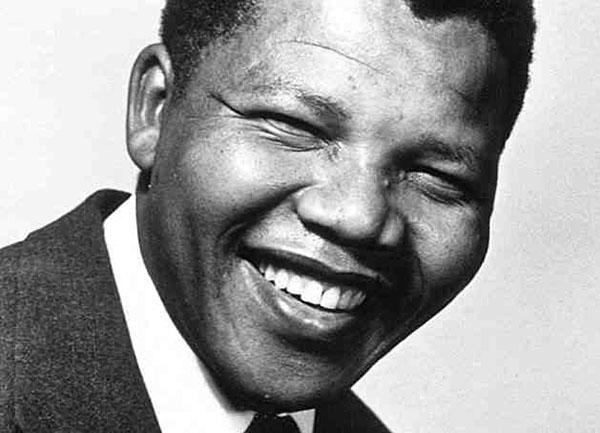 “With the death of Nelson Mandela, the world has lost one of its great moral leaders and statesmen. Mr. Mandela was imprisoned for 27 years by the former Government of South Africa, for his part in the struggle that would ultimately end the system of apartheid.

“Despite his long years of captivity, Mr. Mandela left prison with a heart closed to calls for a settling of scores. Instead, he was filled by a longing for truth and reconciliation, and for an understanding between all peoples.

“He demonstrated that the only path forward for the nation was to reject the appeal of bitterness. His forbearance was legendary: his magnanimity spared all South Africans incalculable suffering.

“Nelson Mandela’s enduring legacy for his country, and the world, is the example he set through his own ‘long walk to freedom.’ With grace and humility, he modelled how peoples can transform their own times and in doing so, their own lives.

“On behalf of the Government of Canada and all Canadians, Laureen and I extend our condolences to Mr. Mandela’s widow, Graça Machel, his entire family and all citizens of South Africa. Canada, a nation that granted Mr. Mandela honorary citizenship in 2001, mourns with you and the entire world today.”

It is a rare individual whose reputation for wisdom transcends time. Nelson Mandela, who died Thursday at the age of 95, is one of them. New Democrats join others around the world in mourning the loss of this exceptional man.

Mr. Mandela devoted his life to fighting against injustice and defending, educating and caring for his people. An honourary Canadian citizen, he was a source of inspiration for all – from the most humble and impoverished to the world’s most powerful.

For 50 years, Mr. Mandela fought apartheid and racism. He guided South Africa towards racial equality and democracy, at the risk of his life, and at the price of his freedom. He is rightly considered the father of modern South Africa.

His country’s first black president, and a Nobel Peace Prize winner, Nelson Mandela is an extraordinary example of indomitable courage and faith.

The light that he brought to the world will continue to shine long after him.

“As we let our own light shine, we unconsciously give other people permission to do the same.”

Leader of the Liberal Party of Canada, Justin Trudeau:

“It is with great sorrow that Canadians and people around the world learn of Nelson Mandela’s death. Today we all say a personal farewell to a man whose life has offered hope and inspiration to millions.

“The admiration and accolades Nelson Mandela is receiving from every corner of the world are a testament to his struggles and sacrifice. Truly a citizen of the world, Nelson Mandela’s contribution to world freedom is simply unparalleled, and he will forever occupy a place in the hearts, minds and imaginations of people across the globe.

“On behalf of the Liberal Party of Canada and our Parliamentary Caucus, Sophie and I extend our deepest sympathies to Graça Machel, the entire Mandela family and all South Africans at this very sad time.”

“There are few people who have done more to inspire the world than Nelson Mandela, and I am deeply saddened to learn of his death.

“As a student of history and a huge believer in the power of the human spirit, I know his life will continue to serve as a beacon for change, throughout South Africa and around the world. He taught us that nothing is impossible, that we have a responsibility to one another, and that courage is the triumph over fear.

“The world is better for his presence, and we all mourn his loss.”

Nelson Mandela, former President of South Africa and one of the great visionaries of our time, passed away Thursday in his home in Johannesburg, South Africa.