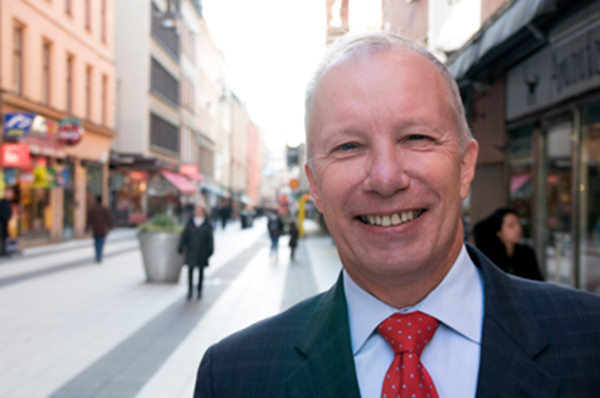 Sweden Looking Forward To Slavery Reparations Claim From The Caribbean

AMSTERDAM, Netherlands CMC – Sweden’s Ambassador to the Caribbean, Claes Hammar, says, his country is looking forward to receiving an indication of the demands from the Caribbean Community (CARICOM) Slavery Reparations Committee, as the region seeks reparation for the slave trade.

“We only recently heard that we were mentioned among the European countries that the reparations committee is looking at filing a claim for compensation to. We’ll look at the claim when we receive it,” Hammar told the Caribbean Media Corporation (CMC).

He said, Sweden was open to looking at possibilities and not likely to be influenced by other European countries’ stance on reparations.

“I don’t think Sweden will be influenced. Usually we are careful to follow domestic Swedish law on international matters,” he said.

Hammar had earlier this week told a Swedish journalist that he was not surprised Sweden had been included in the list.

“Sweden did after all have a colony in the Caribbean – St. Barths – so it’s not wrong for us to be a part of the discussion,” he was quoted as saying.

“This is a serious matter and we have to have respect for the process.”

But in a telephone interview with CMC from Stockholm on Tuesday, the diplomat stressed that while the country had taken a formal stance against “Afro phobia” and supports international anti-discrimination efforts, it has not yet taken a position on the issue of reparations.

“We have not seen an actual demand (from the Reparations Commission) yet,” he said.

The CARICOM Reparations Commission that was established by CARICOM leaders following their summit in Trinidad and Tobago in July has called on the former slave-owning nations of Europe to engage Caribbean governments on the matter of reparation.

It has identified six areas, including public health, education, cultural deprivation, psychological trauma and scientific backwardness as aspects of the Caribbean condition that are the direct result slavery.

“Former slave owning nations should issue statements of formal apologies and commit to a reparatory process that includes, among other actions, the facilitation of a repatriation program,” the Commission said in a statement last week.

The statement mentioned in particular Britain, France, Spain, Portugal, the Netherlands, Norway, Sweden and Denmark, saying that as a benefit of slavery, these countries were uniquely placed to advance the global cause of truth, justice, and reconciliation for the victims and their descendants who continue to suffer harm as a consequence of these crimes.

The Commission has hired the British law firm, Leigh Day to spearhead the legal battles.

The firm waged a successful fight for compensation for hundreds of Kenyans who were tortured by the British colonial government as they fought for the liberation of their country during the Mau Mau rebellion of the 1950s and 1960s.

Hammar, who is Sweden’s ambassador to several Caribbean countries, said that once he is accredited as ambassador to CARICOM, the reparations matter would definitely be among the priority agenda items.

He said Sweden was “certainly open to looking at possibilities”, but added “the question is what sort of compensation could be offered. There are no survivors from that period, only their descendants”.

He said assistance for education or other social welfare programs were possible options open for discussions.

The Swedish diplomat said the matter would also be reviewed by the foreign ministry’s human rights division.

Since CARICOM has made reparations a joint regional effort, Hammar has been the only European official to indicate that his country was open to discussing the matter.

The Netherlands, the former coloniser of Suriname, has referred an initiative by the local reparations committee to a statement by its Minister of Social Affairs Lodewijk Asscher at a Slavery Abolitions memorial in Amsterdam on July 1.

Asscher had then said that people today cannot be held responsible for what their forefathers did, and that the Dutch government views the “stain of shame on its history with deep regret”.

Hammar said that when Sweden does receive the claim from the reparations committee, its position would probably not be influenced by how other European countries view the matter.

Sweden owned St. Barthélemy (St. Barths) from 1784, when it purchased the island from Britain. Gustavia, the capital was established by the Swedes as a free port and  slavery was also practiced on the island until 1847. Sweden’s colonial presence ended in 1877 when the island was handed over to France.