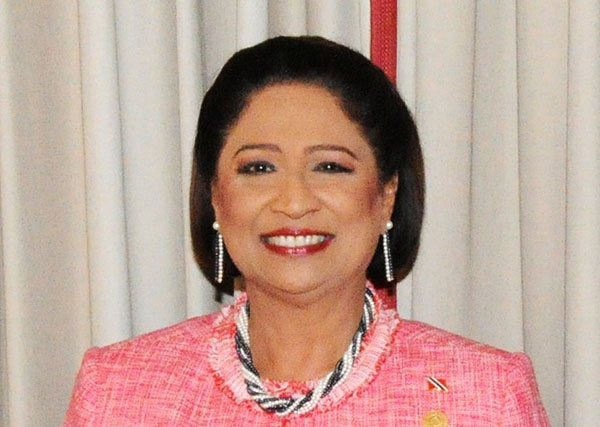 PORT OF SPAIN, Trinidad CMC – Prime Minister, Kamla Persad Bissessar, says her coalition People’s Partnership government is committed to the fight against crime, as Trinidad and Tobago recorded yet there more murders, pushing the toll so far this year to 376.

“Murder is murder and every single one is painful and traumatic to us. We will continue to remain committed in the fight against crime. I know the Minister of National Security is doing the best that he can, but there is still much more that we need to do.

“Some of the crimes are crimes of passion. That does not mean that it is something that is right. Those are more difficult to contain where it is a domestic situation, where crimes of passion are taking place,” she told reporters at her annual Christmas treat at Skinner Park, south of here on Sunday.

“Every crime is one crime too much and that remains number one priority in our list, to deal with crime in Trinidad and Tobago.”

Griffith said that the Virtual Police Officers (VIPO) will, when launched, make every law abiding citizen a virtual police officer.

“In this way you can go on a secure website and report a crime which may be about to be committed or has been committed,” Griffith said, adding he would be personally held responsible to ensure the confidentiality of the informants remained secure.

“VIPO will fall directly under me so that people will feel safe to report information that can be turned into evidence,” he said, sending a message to rogue elements within the police.

“We are putting special mechanisms to weed out rogue elements in the Police Service and give citizens responsibility to become virtual officers on cyberspace. It is no secret that there are police officers on the payroll of gang members, and once we find the evidence to remove them, they will be removed,” he added.

Acting Police Commissioner, Stephen Williams, said it was not fair to judge the police merely on the number of murders solved.

“The Police Service should be judged on all that it has the responsibility to address, and it’s not supposed to be judged on one issue, that of murders,” Williams told the Trinidad Express newspaper.

“In the 2013 budget, the mandate to the TTPS (Trinidad and Tobago Police Service) was to reduce violent crimes by 50 percent over three years. We have already achieved 33 percent reduction in violent crimes in one year. I’m not hearing anyone saying anything about that.

“Anywhere else people will say that’s a phenomenon. All I’m hearing is one discussion: murder… We are seeing abnormal—I mean positive abnormal results. We set ourselves an 18 percent reduction in serious crime in 2013. We have achieved 30 percent,” he said.

“Murders that is the only category of offences that has defied the Police Service in 2013,” Williams said, adding that the police would continue to work with communities and put more effort into community policing.

Meanwhile, the killings continued over the weekend after three men were gunned down in Diego Martin, west of here and Marvant, along the east-west corridor.

Police said that 36-year-old Robert “Ming” Awong was in the yard of his neighbor when gunmen in a vehicle shot at him. Two other people were also injured.

In the other incident, an unidentified man was shot and killed while he was standing on the road in Morvant on early Sunday morning. Police said another man who was standing nearby was also shot and injured.

The authorities said two other persons, including a 13-year-old boy, were shot and injured in the capital on Saturday night.