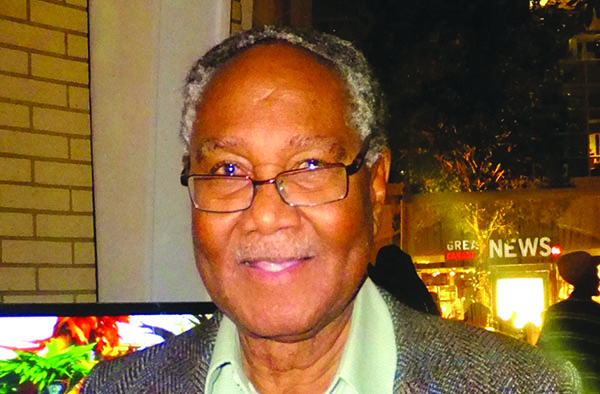 Foundation Plans To Help School In St. Vincent And The Grenadines

TORONTO, Ontario – The Caribbean Scholarship Foundation (CSF) plans to assist students here, but this year will also support a school in St Vincent and the Grenadines that was hit by a flash flood on Christmas Eve, which killed nine and caused major flooding in the island.

The Foundation, which was launched in 2012, held a week-long fundraiser, Spirits & Spice Food Festival, in partnership with the world-renowned restaurant brand, Marché, at Brookfield Place in the heart of downtown Toronto.

The aim is to raise $10,000 from the event, notes Colin Benjamin of the CSF, who said the Foundation had received $10,000 for two eligible students interested in studies at the Police Foundations Department of Canadian Law Enforcement Training College.

“It doesn’t happen every day but the fact is, if we can, through our own efforts, raise that amount of money, then we have a chance of being more focused on where we are going to go with the funds,” he said.

CSF is a registered charitable organization based in Toronto with a board comprising of influential members of the diaspora and friends of the Caribbean.

The Foundation provides scholarships, study grants, bursaries and other educational opportunities to nationals of Canadian and Caribbean
countries in order to advance education and economic opportunities across key
sectors.

These individuals must demonstrate high levels of achievement and
leadership potential with the intent of making a positive economic impact in
their community.

Meanwhile, there are plans to help a school in St. Vincent and the Grenadines in the future.

Benjamin said the immediate needs in St. Vincent and the Grenadines are for housing and food and it did not seem right for the Foundation to go into the island now with scholarship presentations.

Fitzgerald Huggins, consul general of St. Vincent and the Grenadines in Toronto, who assumed that office in August 2013, was visiting his homeland in December when the disaster occurred.

“Right now, we need lots of money. From the first estimates, we’re looking for at least $150CAN million,” Huggins said.

He said there has been a good response from groups in the diaspora and the Caribbean governments.

Despite the damage, he said, the country is not in a state of disaster and is still open for business.

Most of the flooding occurred in the northern half of the country; the southern part, which is known for tourism, was not adversely affected.

“School children are affected because they lost their books. Every single child, every primary school child in St. Vincent, had a laptop computer donated to them free by the government. The laptop computers were washed away so we have to replace those,” he said about the impact of the flood on the education system.

Benjamin said the “Spirits & Spice” event aimed to raise enough funds in order to provide scholarships, bursaries and awards to young people from the diaspora, whether they are based here in Canada or in the Caribbean.

“We are looking at ways of reaching out to them or preparing them for the future. We’re hoping to have the complete support of all the Caribbean communities,” he said.

He said the CSF is running a program just outside Montego Bay, Jamaica for young people in the arts.

Benjamin also said the Foundation is trying to work with established colleges and universities but not necessarily to restrict itself to that.

“So, this is a new way of reaching out to a community that’s doing something and we are making a contribution to this,” he said.

From January 13 to 17, Marché’s marquee location was transformed into a tropical paradise where diners were treated to a menu of Caribbean delicacies, cocktails, treats and music.

Visitors also had an opportunity to enter for a chance to win an all-inclusive trip for two to the Verandah Resort & Spa in Antigua, courtesy of Transat Holidays and Tripcentral.ca.