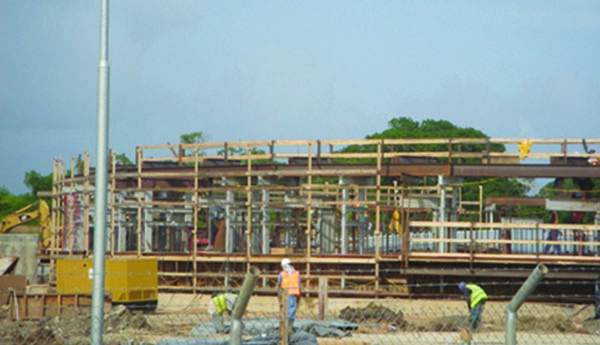 PORT OF SPAIN, Trinidad CMC – The Trinidad and Tobago government is accusing Opposition Leader, Dr. Keith Rowley, of seeking to score cheap political points after he said the government was facing a multi-million dollar claim as a result of its decision to cancel a smelter plant in 2010.

Rowley, speaking at a news conference on Monday, said that the US$100 million claim had come from the Venezuelan company Sural, the minority shareholder in the US$400 million Alutrint smelter plant that was cancelled by the Kamla Persad Bissessar coalition government soon after it came to power in May 2010.

Rowley recalled that the government had with “great fanfare” cancelled the project, but has since kept the population in the dark regarding the law suit unfolding in the United States.

“This office has been advised that the minority shareholder in the Alutrint plant … is currently exercising its right under the contract to arbitration wherein it is making substantial claims against the government of Trinidad and Tobago for its arbitrary cancellation of that contract.

“My information is that this arbitration is taking place in the United States and that the claims being made are well upwards of US$100 million, being prosecuted by high-quality lawyers of the minority shareholder.

“Quietly and secretly, the Attorney General, or whoever is acting for the Government, has picked up two or three lawyers … and has sent them to represent our interest in the US,” Rowley told reporters, saying that the government needed to inform the taxpayers “who will ultimately be facing the outcome of this arbitration” what is going on.

But Attorney General, Anand Ramlogan, said while he would not comment on the matter because it was sub judice, Rowley was attempting to score “cheap political points”.

“In his usual irresponsible fashion Dr. Rowley is rushing to score cheap political points even if it means compromising the legal position of the State in a matter that is sub judice,” Ramlogan told the Trinidad Express newspaper.

He said that the government had never hidden the fact regarding the claim by the Venezuelan-based company.

“This arbitration has been going on awhile now. I spoke about it in Parliament. It is not news. It has been ongoing for about a year and had reached an advanced stage,” he added.