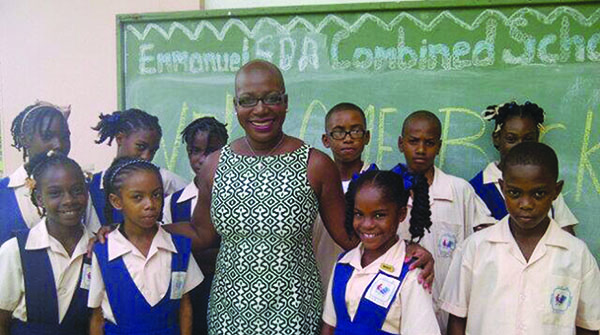 CASTRIES, St. Lucia CMC – The appointment of Dr. Gale Rigobert as the country’s new Leader of the Opposition United Workers Party (UWP) has now been confirmed.

Dr. Rigobert was selected a week after Parliamentary Representative for Castries North, Stephenson King was voted out of the post by his UWP colleagues.

On Saturday, an official letter sent to the Governor General, Dame Pearlette Louisy, to formalize the process, has been accepted.

“Pursuant to Section 67 of the Constitution of St. Lucia and subject to the provisions of the said Constitution I do hereby appoint you the said Gale Tracy Christiane Rigobert, to be the Leader of the Opposition with effect from February 1, 2014, with all the powers, rights, privileges and advantages to the said Office belonging or appertaining,” the Governor General’s appointment letter read.

She won her Micoud North seat in the 2011 general election and was elected deputy political leader of the UWP in July 2013.

In November 2013 she was made the Ambassador for peace for the Universal Peace Federation.

She was due to take her oath of office on Tuesday; however this has now been rescheduled for February 11.

On the weekend, Regobert began a series of pre-budget “community meetings” essentially to “listen to the needs of the people and assess priorities for the constituency.”

She told the Caribbean Media Corporation (CMC) that she would also respond to questions on recent developments in the opposition United Workers Party, which has recently been plagued by disagreement over the expulsion of King as opposition leader.